Is It Worth Making 'The Amazing Spider-Man 3'?

Reviews have been a very mixed bag for The Amazing Spider-Man 2. While fans of the franchise generally enjoyed the movie, the overall consensus was that it was entertaining, but just wasn’t quite up to scratch. The critics weren’t as kind as the fans. Anthony Lane from the New Yorker described the whole franchise as “running shockingly low on juice,” while Vulture’s David Edelstein outright said, “I think I’ll pass on The Amazing Spider-Man 3.” 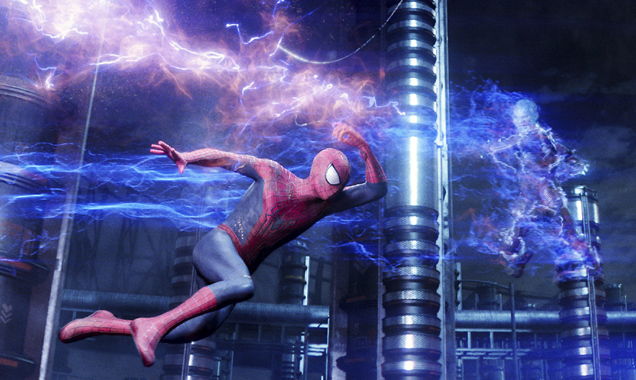 The Amazing Spider-Man 2 wasn't received as well as expected

Well, sadly for David Edelstein, as a film critic he probably doesn’t have much choice when it comes to passing on The Amazing Spider-Man 3. Or The Amazing Spider-Man 4, for that matter. Back in December 2013 (before the current installment was released), Sony announced that a further two Amazing Spider-Man films were in the works. The third movie is set to be released in June 2016, and various details have been hinted through a series of easter eggs and teasers.

MORE: With 55%, The Amazing Spider-Man 2 is the worst Spidey film yet

From the look of things so far, The Amazing Spider-Man 3 will be packed full of new characters and further plot development, particularly since [MAJOR SPOILER] the death of Gwen Stacy. With Emma Stone’s popularity ever increasing, will her departure from the franchise impact the upcoming movies?

Andrew Garfield has already confirmed that his contract is just for three Spider-Man films, so what will happen for the fourth film, due to come out in May 2018 is, at the moment, anyone’s guess. It was Garfield and Stone and their onscreen chemistry (stemming from their offscreen romance) that received the most praise in the recent films. Will a third Amazing Spider-Man with no Emma Stone and as yet unnamed Mary Jane Watson manage to fill the hole that the last film left?  Stone and Garfield were certainly part of the pull and the main aspect of the film that was unanimously praised.

More: Will there be a secret Spidey movie before The Amazing Spider-Man 3?

Alex Kurtzman, Roberto Orci and Ed Solomon are allegedly writing a spin-off based on the villain Venom, so it doesn’t look as though he’ll be featured in the movie, unless he crops up to thwart Spider-Man in some way. Perhaps the fourth film won’t feature too much Spider-Man at all, but will be based on Venom. Who currently knows?

Either way, unless things pick up for the franchise and they cast a truly exciting actress to play Mary-Jane, it currently looks as though a further two Amazing Spider-Man films may not be met with the same enthusiasm as the last two.

Would you be excited to see The Amazing Spider-Man 2, or do you think that that the franchise has become tired?