Spider-man negotiates, relates and escapes in these brilliant new clips

Andrew Garfield reprises his role as the web-slinging city-sprawling Spider-Man in The Amazing-Spider Man 2, which hits cinemas on April 18. In these new clips, we get a glimpse of both Electro’s explosive power, but of Garfield’s comic acting, which compliments the action nicely.

The Amazing-Spider Man 2 - living up to the name

Hype for this film is big. With Jamie Foxx looking amazing as Electro and Paul Giamatti looking pretty crazy as Rhino, comic book fans can’t wait to get their eyes on the second Amazing instalment, especially after the first fared so well with the critics. Of course, Sony Pictures will care more about the box office – and it didn’t fair too badly their either.

Our first clip sees Garfield’s Peter Parker kiss Gwen Stacey (Emma Stone) in a cupboard, where they’re hiding in order to escape some goons. But those goons aren’t after Parker, they’re going for Gwen, which forces an undercover Spider-Man into action. Having created some ridiculous obstacles for Gwen’s foes, she slips into the lift and he skips off gleefully. Some light-hearted action for you there.

Click for this Amazing Spider-Man 2 Clip: 'You're in trouble'

The second clip, though, take a more serious tone. A bewildered Electro is the centre of attention right at the heart of New York. With a substantial crowd watching over him, Spider-Man must attempt to calm him down – and he’s doing a pretty good job until some idiot with a sniper shoots Electro. Things all go a bit crazy after that.

And finally, the third clip, which sees Dane DeHaan as Harry Osbourne – Parker’s best friend and the son of Norman Osbourne. He’s also the second coming when it comes to Green Goblins given his father’s penchant for messing about with super serums and neglecting his offspring. In this video, Osbourne and Parker are talking about their fathers, but it isn’t long before audiences will start giggling when Parker explains his stone skimming skills are “all in the wrist”.

Click for this Amazing Spider-Man 2 Clip: 'Skipping rocks'
With The Amazing Spider-Man 2 set to hit cinemas this spring, thought are already turning towards the third and fourth film, which – it has been confirmed – will also be helmed by the appropriately named Marc Webb. As for Garfield? He’s in for the third film, but the fourth?

“I mean I’m under contract for another one after this… as far as a fourth one? That’s not anything to do with me. But yeah, I think what we’re doing here is we’ve established the world. And now we get to really play inside that world. Use our imagination, and kind of expand. That’s what this film is,” he explained to Comicbookmovie.com.

In other Amazing Spider-Man 2 news, a song written by Pharrell Williams, Alicia Keys, Kendrick Lamar and Hans Zimmer has found its way onto the official soundtrack for the film, which is out on April 22.

"I'm very excited to be a part of such a powerful collaboration with Kendrick Lamar, Pharrell Williams and Hans Zimmer," Keys said in a release. "This is the next chapter in the Spider-Man legacy and we really feel 'It’s On Again' captures the experience, the story -- and most importantly -- the meaning behind the film, which is that we all have the potential to be extraordinary. There’s a little bit of a super hero in all of us. 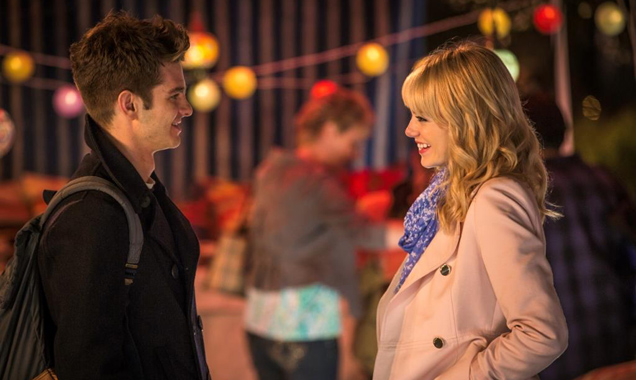