No Maguire Advice For Andrew Garfield

Andrew Garfield has not had any communication with former 'Spider-Man' star Tobey Maguire despite taking on the role for a new movie. 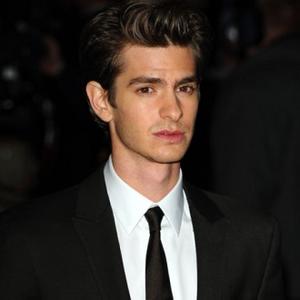 The British star - who has replaced the Hollywood hunk in the 'Spider-Man' franchise playing a younger Peter Parker for a forthcoming prequel - has not met the 35-year-old actor who played the web-slinging hero in three previous movies, but continues to be a "massive fan" of him.

Speaking on the red carpet at the launch of the London Film Festival at the Odeon Leicester Square last night (13.10.10), Andrew exclusively told BANG Showbiz: "No, I haven't met with Tobey Maguire, no. But I am a massive fan of his and I loved his and Sam Raimi's 'Spider-Man' movies.

"They are equally as much a part of the importance to me as the old comics and cartoons. We're going to work hard to get this right."

The 27-year-old actor was speaking to promote his new film 'Never Let Me Go' - which opened the film festival - alongside Keira Knightley and Carey Mulligan, and confesses he had a "lovely" time on the set.

Discussing his co-stars on the Mark Romanek-directed novel adaptation, he said: "They are just wonderful. They are so beautiful and talented and generous and lovely. It was a lovely time."

As well as the film's stars a number of celebrities trod the red carpet to see the film, including Sir Ben Kingsley, Stephen Frears, Gillian Anderson and Jim Broadbent.