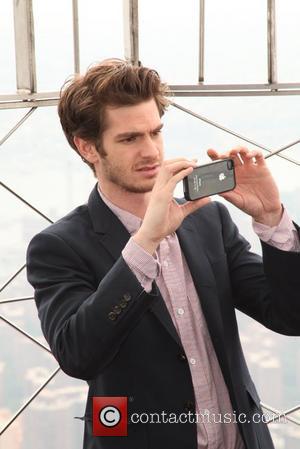 Andrew Garfield, the British-American actor who plays superhero 'Spider-Man' in Marc Webb's new movie, says filming the blockbuster left him feeling disillusioned with the industry. Garfield fended off stiff competition to land the role, though admits that it often felt like "any other acting job".
The 28-year-old told the Radio Times that after working on the big-budget movie, he dreamt of returning to "simpler times" of "struggling... auditioning and getting turned down and wondering if I'm ever going to get another job". The forthcoming movie is likely to be one of the biggest grossing of the year, though Garfield explained, "To achieve what you set out to achieve and realise it's not what you want, it's disappointing.This role had been something I'd always, always wanted to do. Then you realise it's like any other acting job". As has been widely reported, the actor struck up a relationship with his co-star Emma Stone on the set of the movie, though still admits that some days he would feel "lost", adding, "And I'd always felt that if I got certain roles then I'd be set for life, emotionally, professionally. It would be Utopia.But you never get to Utopia.The dream has become reality".
The star, whose father is American and mother is from Essex, UK, found fame appearing in the acclaimed 'Red Riding' movies, before appearing alongside Carey Mulligan in 'Never Let Me Go', and, later, 'The Social Network.