Andrew Garfield's Youthful Looks Are A 'Blessing And A Curse'

Andrew Garfield thinks his youthful looks are a ''blessing and a curse'' when he is trying out for film roles, and he ''worked really hard'' to ensure his latest portrayal of Spider-Man/Peter Parker in 'The Amazing Spider-Man' is believable. 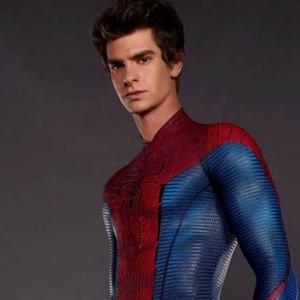 Andrew Garfield thinks his youthful looks are a ''blessing and a curse'' when he is trying out for film roles.

The 28-year-old actor's latest movie sees him portray the titular superhero and his alter-ego Peter Parker in 'The Amazing Spider-Man', which focuses on the character at 17, and Andrew ''worked very hard'' to ensure he is believable in the role.

He said: ''I was hoping I could be believable and I worked very hard to bring up all the feelings I had when I was 17, which are horrible feelings to deal with.

''But I do look young and that's a blessing and a curse, too, so it's up to people to decide whether they want to believe it or not, but I believed and felt like a kid. And that was tough.''

Although a sequel is already in the works - with a scheduled release date of May 2014 - Andrew insists he doesn't yet know if he will be a part of the film.

He added: ''It's kind of up for grabs. Right now, all I'm thinking about is this one, and we'll start talking about other stuff later.''