Andrew Garfield - who recently reunited with Emma Stone - has a ''longign'' to be a father. 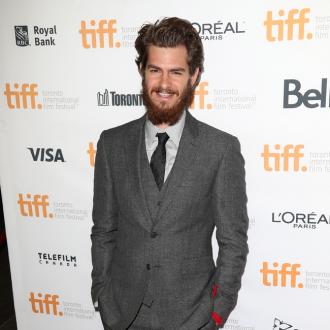 Andrew Garfield has a ''longing'' to be a father.

The '99 Homes' actor - who recently reunited with Emma Stone following a brief split - admits he is keen to have a family of his own one day in the future.

He said: ''I have a longing to be a father myself. Being a dad is something I'd to be at some point.''

When he isn't working, the 31-year-old star enjoys crafting with wood.

He told 'Entertainment Tonight': ''I do a little bit of carpentry. I make things out of wood with my hands, and it's something that's in my family history.''

In '99 Homes' Andrew plays Dennis Nash, an American father who is trying to get his house back after his family are evicted, and the British star insists he had no problems getting to grips with his character's accent.

He explained: ''My father is American. I've had his accent in my ear all my life.''

It was recently revealed that Andrew and Emma, 26, are having the ''best time'' since getting back together.

A source said: ''It was always a 'break' due to schedules. They have been really busy, so they finally have had time to see each other again. They care for each other and always have the best time when together.''