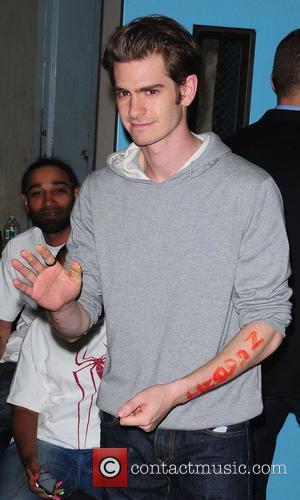 Picture: Andrew Garfield The cast of 'The Amazing Spider-Man' at the 'Be Amazing' Stand Up Volunteer Initiative at Madison Boys and Girls Club, Brooklyn New...