This spider loves water! Garfield wasn't feeling the pressure of his upcoming release as he surfed down under.

Andrew Garfield and Emma Stone have been living it up under an Australian sun recently as the Amazing Spider-Man co-stars and real-life couple headed down under for a taste of life in Sydney. The duo weren't just visiting for fun though: they had busy work to do promoting their new film, the release of which lies only weeks away. 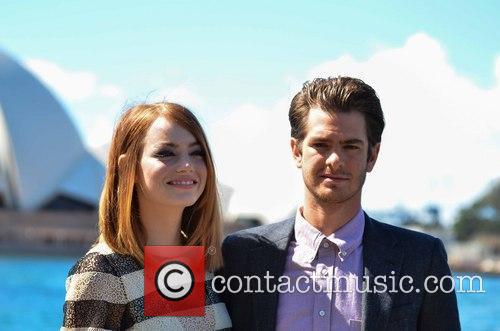 Touching down in Australia is an important checkpoint for the film as it will be one of the first countries to catch a glimpse of the eagerly-anticipated new movie when it is released next month. However, Andrew took a break from the heavy press work by scooting on down to the famous Bondi Beach and sharing his surfing skills with some very delighted young children.

Garfield signed up to take part in Hunter Connect's Surfers for Autism program, whereby surfers share their skills with autistic children who are eager to take up the exhilarating board sport. The 30 year-old actor was snapped guiding the kids through their first board stands alongside pro-surfer Joel Parkinson.

Watch 'The Amazing Spider-Man' - "You're In Trouble" Clip:

It didn't seem that the day spent on the waves was an ego trip to show off Andrew's surf skills: he was seen slipping and falling off his own board several times and seemed to more concerned with making sure the kids were getting the hang of things. At the end of the session, Andrew and Joel had photos taken with their young students and signed a red and blue surfboard adorned with the Spider-Man logo.

Hunter Connect's Wayne Hampton told MailOnline that it was actually the Spider-Man star's idea to get involved with the project: "It was Andrews idea to touch base,' he said, explaining that he 'was very specific in wanting to do something with a local charity that supported children with autism spectrum disorder in the surf," he explained. 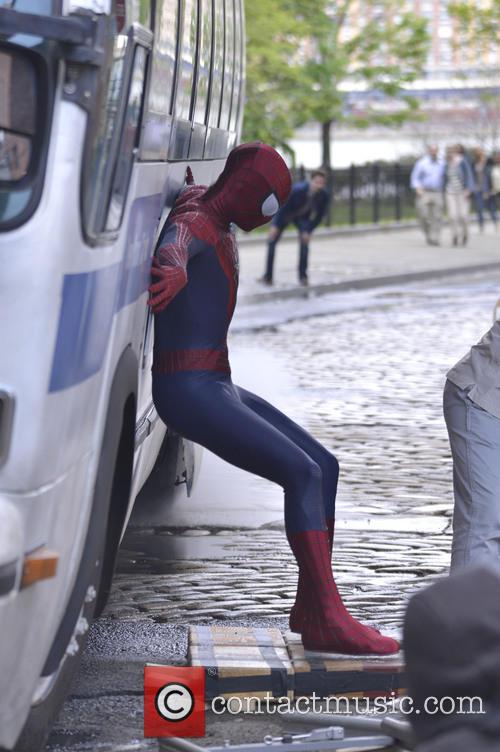 Meanwhile, Emma Stone, AKA Gwen Stacy, was busy being interviewed by Nova's Fitzy & Wippa on television. The 25 year-old actress joked around with the hosts as they tried to get her to reveal the phone number of Ryan Gosling, alongside whom she starred alongside in 2011's Crazy Stupid Love.

The new superhero movie sees the pair reprise their roles as Peter Parker/Spider-Man and Gwen Stacy who must fight to stay together in a plotline filled with a hoard of determined new baddies that will push the young lovers' relationship to its limit. 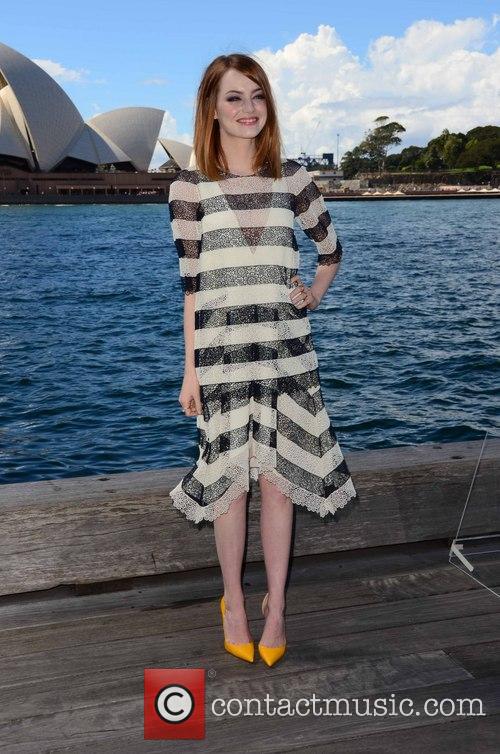 Emma Stone Took Promo Into Her Own Hands As Her Boyfriend Taught Kids To Surf.

The Amazing Spider-Man 2 will be released on the 17th April in Australia, the 18th April in the UK, and the 2nd May in the USA.

More: As cute onscreen as off - see pictures of Andrew and Emma filming an 'Amazing Spider-Man 2' kissing

More: Director Marc Webb has announced that he won't be directing 2018's Spidey 4: find out why here and watch some awesome clips.