Hollywood star Andrew Garfield has admitted he is ''really excited'' Tom Holland has replaced him as Spider-Man. 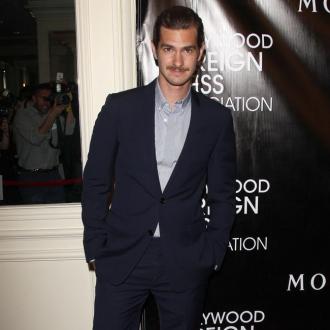 Andrew Garfield is ''really excited'' Tom Holland has replaced him as Spider-Man.

The 32-year-old actor starred in two 'Spider-Man' movies, in 2012 and 2014 before being axed earlier this year - but Andrew has insisted he harbours no bitterness and is looking forward to watching Tom, 19, in action.

He told Total Film magazine: ''To be honest, I am really excited that he is going is to be playing the part.

''I think he's perfect for it. I'm really happy and glad - and I really mean that - because I get to be a fan again.

''I can buy popcorn and watch, and that makes me really, really happy.''

This comes shortly after Kevin Feige, the President of Marvel Studios, admitted the rebooted 'Spider-Man' will be inspired by the work of director John Hughes, who helmed 'The Breakfast Club' and 'Ferris Bueller's Day Off'.

Looking forward to the new movie, Kevin said: ''It's the soap opera in high school, and those supporting characters, that are interesting.

''Not that we can make a John Hughes movie - only John Hughes could - but we're inspired by him, and merging that with the superhero genre in a way we haven't done before excites us.''