Hollywood star Andrew Garfield has revealed himself to be big fan of carpentry. 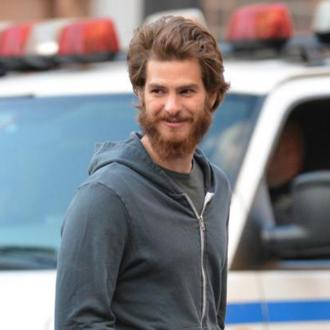 The 31-year-old star - who's rumoured to have reunited with his on/off girlfriend Emma Stone - has revealed himself to be a big fan of carpentry.

He shared: ''I do a little bit of carpentry. I make things out of wood with my hands, and it's something that's in my family history.''

The Hollywood star also revealed he'd like to start a family at some stage in the future.

He told 'Entertainment Tonight': ''I have a longing to be a father myself. Being a dad is something I'd to be at some point.''

Last month, Emma Stone said Andrew is ''poetic'', admitting her ''heart swells up'' when she hears the nice things he says about her.

She said: ''He is such a poet. [laughs] But that's the way he writes in general. So I hear it and of course my heart swells up. And I also know that he writes things like that on a daily basis.

Meanwhile, Emma also revealed she's appreciative of the kind words her fans say about her.

She said: ''I know what it is to be a fan. But I don't think I've ever really considered the idea of having fans. I think I'm always sort of ducking that, thinking it's more about the work.

''So I've never really taken it all that personally, as if it has something to do with me.

''Maybe that's unwise. But when someone comes up to you and says something truly heartfelt about work you've done, that means a lot.''