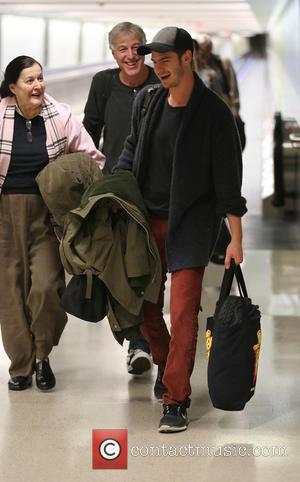 Hollywood couple Andrew Garfield and Emma Stone are helping to save the planet by throwing their support behind a new environmental campaign.

The Amazing Spider-Man co-stars are backing Earth Hour Blue, a new initiative by the organisers of power-saving lights-off event Earth Hour which supports eco-friendly projects around the world.

The actors have both picked one of Earth Hour Blue's projects to champion - Garfield is supporting a scheme to reduce deforestation in Nepal, while his girlfriend is backing plans to train sniffer dogs to crack down on illegal wildlife poaching.

Stone says, "Earth Hour gives you the power to inspire anyone, even if you're just one person. And Earth Hour is much more than an hour. There are great projects from the crowd, for the planet, happening all over the world."

The annual Earth Hour event encourages citizens around the world to conserve energy by turning lights off for 60 minutes. The 2014 Earth Hour takes place on 29 March (14).