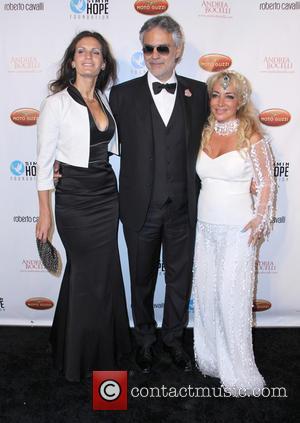 Opera superstar Andrea Bocelli has set a new record by becoming the first artist in history to perform at the Big Apple's Barclays Center twice.

The Italian tenor first played at the huge arena in Brooklyn, New York last year (12), and now he's set to return - setting a record as he goes.

He tells the New York Daily News, "To be honest, when I first played Brooklyn I felt a bit nostalgic for Madison Square Garden.

"I have great memories of that arena. But the public were so warm and loving, I will have those memories to keep me warm this time."

Bocelli will take to the stage later this month (Dec13).