Posted in Press Releases on 08 February 2013 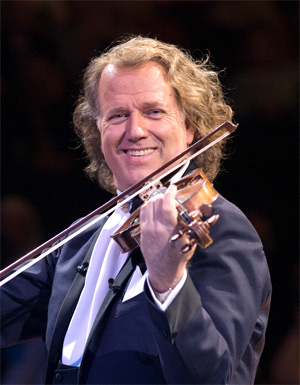 Following the runaway success of his UK tour in December 2012, after which André Rieu earned the No. 1 ranking in Billboard magazine's Top Tours Chart at the expense of runner-up Justin Bieber, the violin master is returning to the UK and Ireland with a brand new show. This time Rieu will hit seven cities kicking off December 16 at Belfast's Odyssey Arena. The upcoming dates will be part of Rieu's international "And The Waltz Goes On Tour", named after his successful album for which he collaborated with Sir Anthony Hopkins. Tickets go on sale February 8 2013 - 9am.

British audience
Rieu tweeted of his love for his 2012 UK tour back in December: "Just back home. I absolutely loved the UK tour. Thank you to all audiences for giving us such great concerts!"

The maestro praised the British audience for their enthusiasm; "My Orchestra and I had a great time in December, we absolutely loved the UK tour. Maybe it's a bit odd to say, but in other countries you often hear that British people are restrained or not very emotional. But in fact, we experienced the complete opposite on our tour! The British audience gave us such a warm welcome... we are all really looking forward to coming back!"

And The Waltz Goes On Tour
According to Rieu it all has to do with the music - particularly the Waltz; "Every night when I play around the whole world, I see with my own eyes what the waltz does to the audience. People get out of their seats and waltz in the aisles spontaneously. Whether they're Mexican, Australian, Canadian, German, Irish or British. They sing, they smile and for a moment they forget all their worries and are happy. That is why this tour is an ode to the waltz!"

More than waltzes
The maestro and his orchestra will perform beautiful waltzes on this tour, but the concerts are much more than that. From famous Viennese operettas to film scores, spirituals to musicals, and from folk songs to marches; Rieu's concerts are a perfect mix of thrilling, romantic, festive and emotional melodies combined with surprises, balloons, beautiful soloists and of course Rieu's great sense of humor. 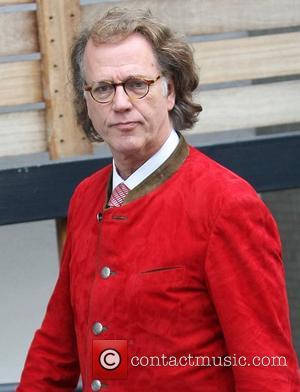