This independent American drama has been generating headlines and earning awards for its inventive approach to a big topic. It's such a warmly involving film that it can't help but engage the audience as it traces the experience of a young black man at three key points in his life. What emerges is an unusually astute coming-of-age story that encompasses the gangster culture, drug addiction and sexuality without ever taking the simple route.

Set in Miami, it opens with 9-year-old Chiron (Alex R. Hibbert), who is called "Little" at school due to his height as well as the fact that he's unusually sensitive. After school, he roams the streets rather than going home to his junkie mother Paula (Naomie Harris), and one day the cool drug dealer Juan (Mahershala Ali) takes him under his wing, introducing Chiron to his girlfriend Teresa (Janelle Monae), who becomes a kind of surrogate mother. Later when Chiron is 16 (now Ashton Sanders), he still uses Teresa's flat as a refuge, especially when the school bullying gets particularly nasty, damaging his close friendship with classmate Kevin (Jharrel Jerome). Ten years later, Chiron (now Trevante Rhodes) is working as a dealer in Atlanta and returns to Miami to try to reconnect with Kevin (now Andre Holland).

Writer-director Barry Jenkins constructs this film beautifully, echoing themes and images through the three chapters to explore Chiron's trajectory from a sweet young boy to a tough street hood. Running through all of this is his yearning desire for love, and there's a clear underlying romantic connection with Kevin that expresses itself in a variety of complex ways at each stage in their lives. Hibbert, Sanders and Rhodes bring a remarkable soulfulness to Chiron. They may not look much alike, but that's the point: they're the same person inside, no matter how outside circumstances change them.

When a young girl's mother dies in childbirth, she is sent to live with her grandparents. After her grandmother dies in a car accident, Elliot Anderson (Kevin Costner) takes on the responsibility of raising her by himself. When his granddaughter's African American grandmother Rowena (Octavia Spencer) arrives to tell him that they should share custody, Elliot is reluctant to the point of hostility. Despite his granddaughter having more family living in the South - including her drug-addicted father - Elliot furiously battles for sole custody, stating that his fight is not born of racial hatred, but due to the loss of both his wife and daughter making his granddaughter the only thing he has left in the world.

On 14th December 2014, the New York premiere for 'Selma' took place at the Ziegfeld Theatre, with various celebrities and stars of the film gracing the red carpet. Amongst these was Oprah Winfrey, who appears as African-American civil rights activist Annie Lee Cooper. Andre Holland and Jeremy Strong - both of whom also appear in the film - posed on the red carpet as well.

What could easily have been a sentimental slog is given a spark of intelligent wit by writer-director Helgeland (A Knight's Tale). This is the story of an iconic figure from American sport who had a massive impact on society at large, and Helgeland focusses on the elements we can most readily identify with while quietly stressing how important and, yes, inspirational this story is.

In 1945 post-War America, most states still have segregation laws on the books, and black baseball players are sidelined in their own league. But Brooklyn Dodgers owner Branch Rickey (Ford) wants to break this barrier, and drafts Jackie Robinson (Boseman), making him the first black player in the Major League. Jackie is a determined, principled young man who struggles to hold his tongue in the face of blatant bigotry. But he gets help from Branch and team manager Leo (Meloni), and support from his equally feisty wife Rachel (Beharie). There's also a young black journalist (Holland) who works with him to further both their causes. But it takes Jackie a little longer to win over his teammates.

The film portrays endemic racism as the hideously ugly thing it is: socially accepted cruelty and prejudice. In truth, it was probably a lot worse than shown here, but we certainly don't miss the point. Especially since this kind of abusive language is never heard in today's politically correct climate. And Helgeland also creates complex characters who can't be tagged as heroes or villains, played with cheeky energy by a very strong cast. Boseman oozes charisma in the central role, undercutting what could be a too-saintly characterisation with sensitivity and steeliness. And Ford shines in a rare character role as a cantankerous old guy who simply won't take no for an answer.

42 is the true to life story of Jackie Robinson and his rise to the top as one of America's best and most respected Baseball players and the manager of Brooklyn Dodgers, Branch Rickey, who decided to end racial segregation by enlisting Robinson onto his team.

In 1947, Branch Rickey controversially made a name for himself when he signed Jackie Robinson to the Brooklyn Dodgers. At the time, this kind of behaviour was unheard of, and both Robinson and Rickey were sure to cause problems for themselves - both on and off the pitch. Racism was rife between player on every team including the Dodgers and Robinson's transition was one of the most courageous of its time. 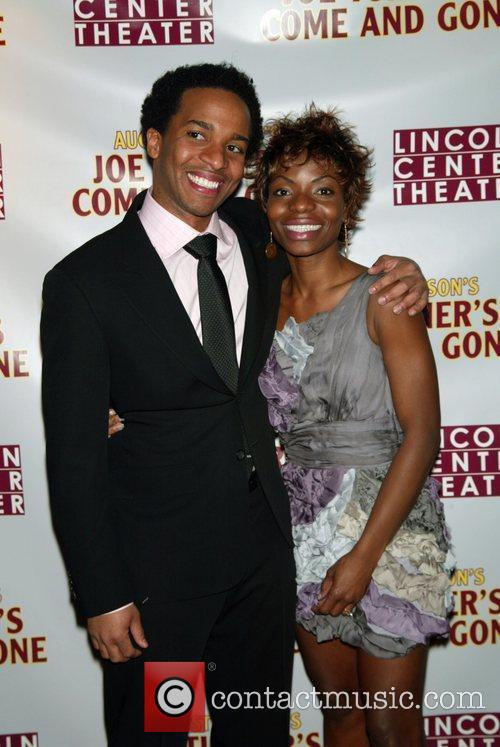 By Chris Cabin
Very Good
Part of an emerging pack of would-be American neo-realists, Ryan Fleck and Anna Boden find themselves with one of the most intrinsically American emigration stories never told in their sophomore effort Sugar. From his home in San Pedro De Macoris to a competitive single-A baseball affiliate in Bridgetown, Iowa, Miguel Santos (Algenis Perez Soto), also known as Sugar, finds himself part of an all-too-poorly documented class of citizens picked out of small villages throughout the Dominican Republic -- not to mention Cuba, Mexico, Puerto Rico, and Chile -- who are promised the American Dream in return for bolstering the American pastime.