Check out first footage from the upcoming Jimi Hendrix biopic, 'All Is By My Side.'

The first clip has been released from the upcoming Jimi Hendrix biopic, All Is By My Side, in which Outkast's Andre 3000 plays the legendary guitarist. Having premiered at the Toronto International Film Festival last year and now gearing up to screen at the nearing South By Southwest, the film is making fans wait until August for a general release. 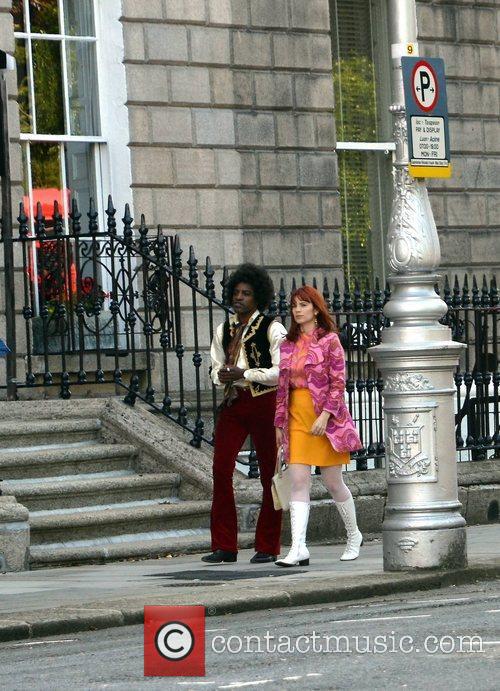 Andre 3000, AKA Andre Benjamin, will play the guitarist before he became super famous in the year leading up to his landmark performance at the Monterey Pop Festival. The film follows Hendrix on his journey from working as a backing musician in New York City to relocating to London. Whilst there he meets model/muse Linda Keith (played by Imogen Poots) who fiercely encourages him to start playing original material.

Check Out The First 'All Is By My Side' Clip:

The new teaser clip shows a bar scene where Hendrix is begging Keith to accompany him to Monterey but she is reluctant because she knows about his girlfriend Kathy Etchingham (Hayley Atwell) and doesn't want to be seconded. We see Benjamin in his biggest movie role to date, nailing the look, mannerisms and accent of the late performer. 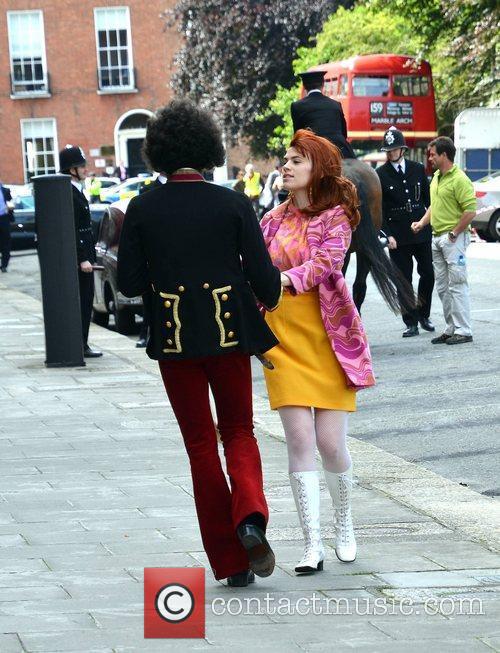 The Biopic Focusses On The Encouragement Of Muse, Linda Keith.

The 'Hey Ya' rapper fully committed to the role, losing weight, learning guitar and taking dialect lessons to play the Seattle-born star. "I listened to hours of interviews. I watched films - watched his mannerisms," Benjamin said, via Rolling Stone.

The Outkast Rapper Threw Himself Head-First Into The Hendrix Role.

By charting Hendrix's career before its heyday, writer/director John Ridley managed to circumnavigate the musician's notoriously guarded estate which rules that none of Hendrix's original material can be used. Instead, the film featured the authentic covers that were part of Jimi's repertoire as he built up his portfolio and playing skills, including 'Sgt. Pepper's Lonely Hearts Club Band,' 'Wild Thing,' 'Mannish Boy,' 'Bleeding Heart' and 'Hound Dog.' For the jamming sessions, top guitarist Andrew Rollins was recruited to play some Hendrix-inspired instrumentals.

All Is By My Side will be released on the 8th August in the UK.

Check out all our pictures from the All Is By My Side shoot in Dublin.