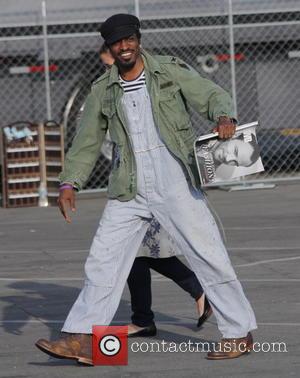 The OutKast star, real name Andre Benjamin, will play architect Michael Lacroix, opposite Regina King as his wife, Terri, in the upcoming second season of the anthology series, which will focus on a scandal involving the couple's son at a top private school.

The project will be Oscar-winning 12 Years a Slave screenwriter Ridley's second with Benjamin after working together on recent Jimi Hendrix biopic, Jimi: All Is by My Side.

A statement released by Ridley reads: "Personally, I couldn’t be more excited than to work again with Andre. He is an amazing individual, a true artist, and All is by My Side is one of the reasons I was given the reins on American Crime.

"Folks at ABC were absolutely moved by Andre’s performance in the film, and by the overall language of cinema we used in telling the story. It’s fair to say American Crime might not exist were it not for our previous collaboration."

King, who also featured in American Crime's season one, joins Felicity Huffman and Timothy Hutton among the returning castmembers, all of whom will play new characters.

Benjamin previously appeared on TV in another crime drama series, The Shield, in 2008, while he also voiced the main character in animated series Class of 3000 between 2006 and 2007.