The news was announced this Wednesday, only days after the rapper celebrated his birthday

Picture: Andre 3000 & Hayley Atwell Dublin was transformed into London in the Swinging Sixties for the Jimi Hendrix biopic 'All Is By My Side'. In...

The mother of rapper and Outcast member Andre 3000, Sharon Benjamin-Hodo, died this Tuesday (May 28). The tragic news was announced by a representative for her son, real name Andre Lauren Benjamin, this Wednesday (May 29). The woman died peacefully in her sleep on the night of the 27th and is survived by her husband, Robert Hodo, as well as her son Andre.

Sharon was 52 at the time of her death, with the announcement providing no further details. During her lifetime, Sharon founded the The Starlight Camp, a program that supports underprivileged children. It is part of the New Morning Light Missionary Baptist Church in Conley, Georgia, whose pastor is her husband Robert.

The news of Benjamin-Hodo’s passing came right on the heels Andre’s 38th birthday, which the rapper celebrated on Monday (May 27). Unfortunately, he probably won’t have a lot of time to mourn, with his long list of upcoming engagements this year. He is one-half of the Grammy-winning hip-hop duo Outkast and has appeared in several films. He will play Jimi Hendrix in the biopic “All Is by My Side,” due out later in 2013.

A number of big names in hip hop have already expressed their condolences and support for Andre, via various social media outlets. "My condolences go out to Dre, and the entire Benjamin-Hodo family," Jermaine Dupri tweeted Tuesday morning. Producer 9th Wonder also pitched in his support, saying: "Pray for the good brother Andre 3000 and his family..."

Andre celebrated his birthday a day before the tragic event. 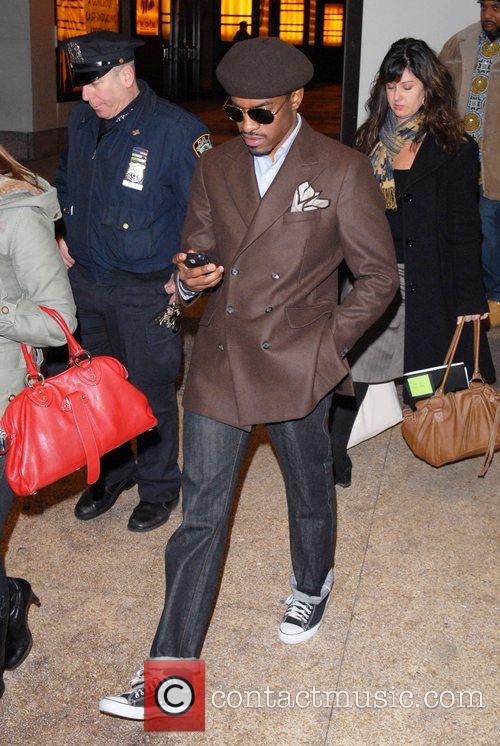 He is already receiving support from a number of friends and colleagues.