Andie MacDowell has revealed the valuable lesson she learned from her 'Multiplicity' co-star Michael Keaton. 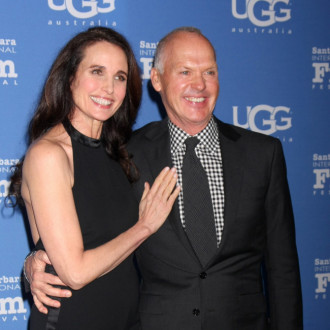 The 64-year-old actress says the pair's 1996 sci-fi comedy 'Multiplicity' was underrated and should have been as big a hit as her other '90s flick 'Groundhog Dog'.

Asked if one her films has a special place in her heart, she replied: "'Multiplicity'. It was great, and Michael Keaton is brilliant in it. It should have been equally as successful as 'Groundhog Day'. The people who did see it, loved it. It was ahead of its time. They used brand-new technology, as Michael plays four characters."

The answer prompted the interviewer to ask if she's still in touch with the 70-year-old actor, and she said the 'Jack Frost' star has been hugely influential on her approach to characters.

Andie replied: "He interviewed me recently about 'Maid'. I learned a lot from Michael about taking chances, and playing a character that’s bigger than life."

Meanwhile, the screen star insisted she can always tell if she's done a good job or not and she only likes watching herself on screen if she thinks her acting wasn't "s***".

She told Empire: "I do watch it, but not over and over again. I think when I know something is probably going to be s***, I don’t particularly look forward to watching that. But if I think something went well, I don’t mind watching it. I’m pretty honest with myself. I know when something’s just s***."