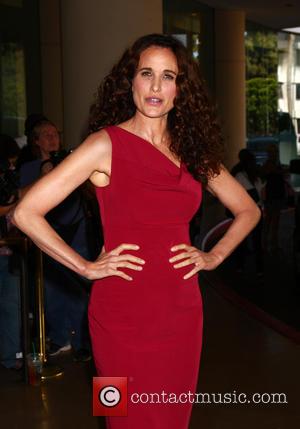 Actress Andie MacDowell experienced the drama surrounding Cory Monteith's death earlier this month (Jul13) because she was staying in the hotel next door in Vancouver, Canada.

The Four Weddings & A Funeral star admits she knew something terrible had happened when she heard "police sirens" outside, but had no idea that someone she had worked with had been found dead in his room.

MACDowell, who starred opposite Monteith in 2011 movie Monte Carlo, tells American news show Extra, "I was right next to it. I knew something bad had happened... (but) I didn't find out until the next day, and actually I read it (news) on Twitter. I saw where they said (he died) and I was like, 'Oh my gosh, that's what it was, that's what the ambulances were for!'"

The actress didn't share any scenes with Monteith in Monte Carlo, but she did meet the actor and says, "He was just a beautiful spirit and it's a great loss."

The Glee star died in a Vancouver hotel room on 13 July (13) after taking a fatal combination of heroin and alcohol.