Actress Andie MacDowell Insisted The Word 'Cougar' Was Removed From Magic Mike Xxl As She Considers It "Demeaning." 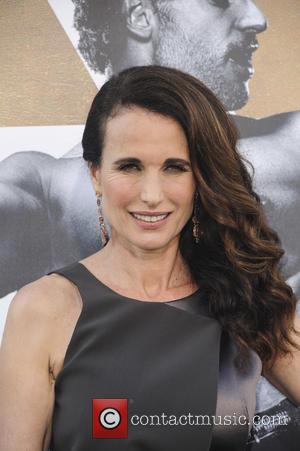 The Four Weddings and a Funeral star, who plays a flirty mother in the raunchy stripper drama sequel, demanded moviemakers take out the word, which is often used to describe older women with a penchant for romancing younger men.

The 57 year old tells Britain's The Guardian newspaper, "I think it's unfair that we don't have a male equivalent (to cougar). There was a cougar line (in the movie); I took it out. I didn't wanna say it. I have a problem with the word... I just think it's unnecessary. It's demeaning. I think the idea that men get more handsome and sexier as they get older is a fallacy. There's no difference. We're the same. It was a way to empower men and disempower women. And that's changing, because if I wanna date someone that's 20 years younger than me, I can do that now."