The duo broke off their engagement in January, only five months after he proposed on the July 2014 finale of 'The Bachelorette's' 10th season.

In January it was confirmed that the former 'Bachelorette' star Andi Dorfman and her fiancé Josh Murray decided to call their engagement off after only five months after she said "yes" on the July 2014 finale of 'The Bachelorette's' 10th season. 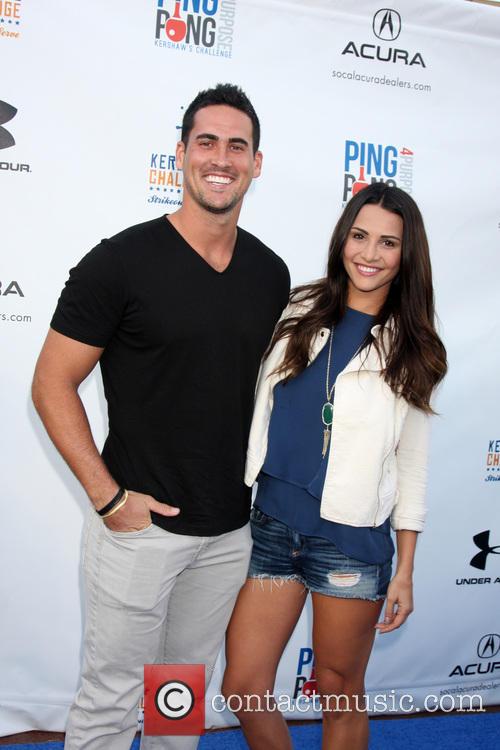 Dorfman and Murray broke off their engagement last month

The former Assistant District Attorney finally opened up about their separation during a special 'Bachelor Tells All' on Sunday (Feb 15th), and admitted to Chris Harrison that they knew it was over at the premiere for season 19 of 'The Bachelor' on Jan. 5.

"[There was] nothing official before that, obviously to make the decision to end the engagement doesn't just happen overnight," the reality TV star said. "We had struggled for a while - we definitely did."

Dorfman thought her red carpet appearance was "eye opening" and knew that there were problems within her and Murray's relationship after being round so many other "happy couples."

"We went to the premiere and I think it was hearing people ask about wedding dates," she said. "We actually had to ask ourselves, 'Why haven't we been planning our wedding?'"

The pair broke up amicably and blamed their failed romance on being ill-suited for each other. "We were both very aware of the fact that we just didn't better each other," she explained. "I didn't feel supported and empowered, and I don't think I gave him the support and empowerment that he needed."

However, even though they were only together for a short time Dorfman is adamant it was true love. "I'll always love him... I've never experienced a love like that," she said between sobs. "That was my first true love without a doubt and my first heartbreak. True heartbreak."

More: Time For The "Happily Ever After": After "Bachelorette" Finale, Andi And Josh Talk Future Plans

At the moment the pair aren't communicating with each other, which is something the 27-uyear-old hopes can change in the future. "I have to be realistic and say I'm heartbroken," she admitted. "I know this is honestly the biggest failure of my life so far, I understand that, I know that."