Frank Martin is well known in the criminal underworld as an expert driver and deliveryman. He has been working with some of the world's most serious crooks, delivering goods and occasionally getting involved in hostage situations for a very high but very fair price. He works under just three rules: never change the deal, no names and never open the package. But now he is being enlisted for a different kind of job; when a set of disguised females get into his car, he's confused about the lack of the usual package. But he soon discovers that his own father has been taken hostage this time, and Frank can only get him freed if he helps overthrow a set of dangerous human traffickers from Russia. This is more involved than he ever wanted to get, and it looks like he'll have to pay a dear price for his family this time.

An intriguing combination of drama and documentary, this Swiss film tells a simple story that's compelling and still timely, addressing issues of equality and prejudice from an often startlingly personal perspective. Although since both the reality and dramatisations are so intriguing, they sometimes seem to interrupt each other, undermining a strong emotional punch that's clearly in there somewhere. 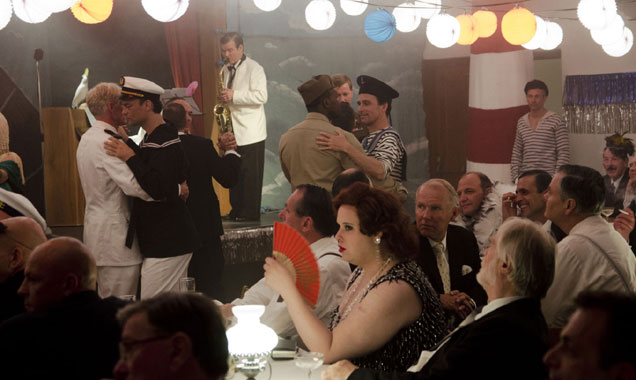 In present-day Zurich, Ernst Ostertag and Robi Rapp are pensioners reminiscing about their past. Cut to 1956 when Switzerland was the most open-minded country in Europe and schoolteacher Ernst (Matthias Hungerbuhler) joins The Circle, a secret society of homosexuals united by lively parties and a magazine that's widely distributed around the world. When Ernst meets the flamboyant cross-dressing entertainer Robi (Sven Schelker), he's instantly smitten. But their free-spirited life becomes increasingly strained when the police crack down on the gay subculture, paranoid about a series of rentboy murders around the city. And if the police commissioner (Markus Merz) succeeds in getting The Circle's organiser (Stefan Witschi) to release his mailing list, a lot of men will find their jobs and families under threat.

The two aspects of this film are both cleverly assembled, as Ernst and Robi narrate their own story and add telling observations to every event. This gives the dramatic recreations a spark of honesty that echoes in the earthy, natural performances by the actors. Hungerbuhler and Schelker make an offbeat couple, contrasting strongly both physically and emotionally. Robi feels that all of his life is unified, bringing his mother (the wonderful Sagebrecht) and Ernst together as his family. But Ernst wants to keep his harshly religious family very separate from his life with Robi.

Asbjorn is the fearless leader of a Viking gang known as the Northmen. Having been exiled from their homeland, Asbjorn leads his men across the sea Britain to raid the town of Lindisfarne for their gold, but along the way lose their boat and much of their resources to a vicious tempest that only by good fortune washes them up on a beach. Alive they may be, but their survival is limited. Far from where they want to be, the Northmen are forced to set out on foot through unknown enemy terrain, hoping to reach a Viking fort called Danelag before the enemy discovers their presence. Unfortunately, it isn't long before the King of Scotland orders his soldiers to go after them and they relentlessly obey. All they can do is kill everyone in their path and fight back with all their force if they want to reach their destination in one piece. 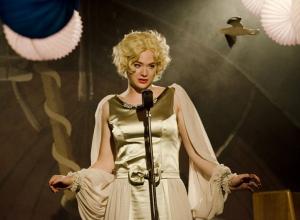 An intriguing combination of drama and documentary, this Swiss film tells a simple story that's...