Anastacia's Lies About Her Age 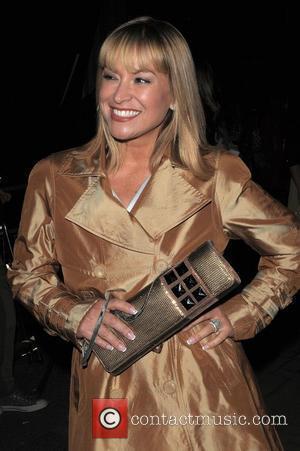 Pop star Anastacia has been lying about her age for years - and is relieved to finally admit she is about to turn 40.
The singer was convinced to knock four years off her real age by executives at her record company, who claimed the fib would improve her chance of success in a youth-orientated music industry.
And Anastacia - who celebrates reaching the landmark age next month (Sep08) - admits it has been difficult maintaining the lie - as she always forgets her imaginary birthday.
She says, "I'm turning 40. And I'm happy to (admit it) because I have always lied about my age. Every interview I did I had to rethink when I was born, how old my brothers and sisters needed to be. I am thrilled I can finally turn 40."
And the star admits that lying about her age became a real issue when she was diagnosed with breast cancer in 2003 - although she was 35 at the time, her fans were led to believe she had contracted the condition at just 31.
She adds, "At that point I really didn't care that it was a lie because people thought that being young meant you didn't get cancer, but there were tons of young women who wrote to me and had cancer. I felt I needed to be the voice for that."