Anastacia will be one of the star performers at this year's White Nights of St. Petersburg festival, which takes place from Friday July 6 to Sunday July 8 at the Russian city's Ice Palace. 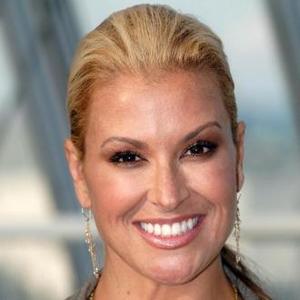 Anastacia will be one of the star performers at this year's White Nights of St. Petersburg festival.

The 'Left Outside Alone' singer is one of the star acts at the International Music Festival in the Russian city, which takes place from Friday July 6 to Sunday July 8.

All the singers will help introduce the international song competition which sees entrants from Europe, Asia, Africa, Latin America and the United States compete for the coveted prize, while the jury includes former 'American Idol' star Paula Abdul.

One of the favourites for the prize is England's Rick Guard, who has been hailed as the British Michael Buble and has performed in front of Britain's Queen Elizabeth and several soccer stars.

The festival will take place at St. Petersburg's Ice Palace and as well as great music, participants and guests of the festival will also enjoy excursions to the city's museums, palaces and a country night cruise on the Neva river and the Finnish Gulf.

For more information about the festival and its history go to http://wnfestival.com/.