Anastacia has described Sir Elton John as being like her ''fairy godmother'' when she was diagnosed with breast cancer in 2003 and has praised him for the support he gave her. 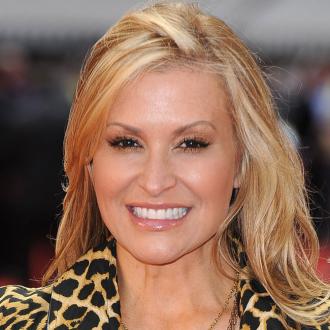 Anastacia says Sir Elton John was like her ''fairy godmother'' when she was diagnosed with cancer.

The 'Left Outside Alone' singer was told she had the illness in 2003 and when she was at her lowest the 'Rocket Man' singer devoted a lot of his time and energy to help her cope with her ordeal.

The 44-year-old musician will always be grateful to Elton for his support at such a difficult time.

Anastacia can vividly remember the moment she was told she had cancer and she admits it felt like the world had ''stopped''.

She explained: ''I was so naive when I started in this business, even though I was older, I had no idea.

''I had never travelled outside of America, I didn't really realise the world was the world, I thought it was a globe in my school.

''So I definitely had a lot to learn about things and when I got diagnosed with breast cancer, the world kind of stopped for a minute.''

As well as the medical treatment she received, Anastacia also credits changes she made in her diet and lifestyle in aiding her recovery.