Anastacia has admitted her ideal man is Johnny Depp and revealed she recently struck up a Friendship with James Blunt. 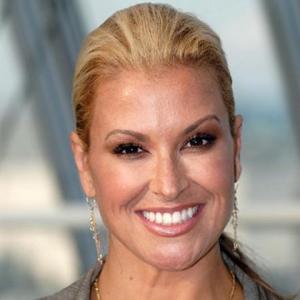 The 'I'm Outta Love' singer - who filed for divorce from her husband Wayne Newton, in April citing irreconcilable differences - is currently single and would love to get up close and personal with the Hollywood star.

When asked who she secretly has a crush on, Anastacia replied: "I wouldn't turn down Johnny Depp - he's hot!"

The 41-year-old singer - who has admitted she would love to date a younger man - also revealed she has recently struck up a Friendship with 36-year-old singer James Blunt.

She said: "James Blunt is the latest addition to my phonebook. We met on a plane and a 12-hour flight was enough to make us friends."

Anastacia - who overcame breast cancer in 2003 - spoke about how she coped with her cancer diagnosis, revealing she went on a huge shopping spree when she was given the news.