Since novelist Dan Brown wrote a new thriller featuring the symbologist Robert Langdon, Tom Hanks and director Ron Howard have reteamed to bring it to the big screen. But this second sequel to The Da Vinci Code feels like a pale imitation of the original. Gone are the clever, fake-academic revelations and rather wacky action antics, and in their place are clues that feel utterly irrelevant, accompanied by fights and chases that are incoherent. 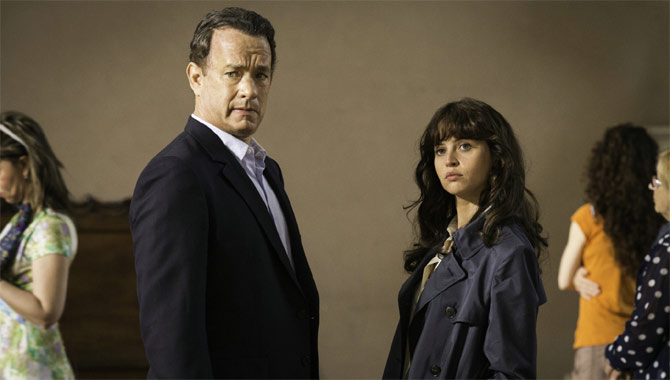 At least it opens well, with Langdon (Hanks) waking up in a Florence hospital without a clue how he got to Italy. Then when a sexy cop (Ana Ularu) tries to kill him, Robert's hot doctor Sienna (Felicity Jones) helps him escape. She also has an unusual knowledge of antiquities, so she travels with him to figure out why he's being chased by the police, an army of World Health Organisation officials (led by Sidse Babett Knudsen), a man (Omar Sy) leading a team of violent goons and a shady businessman (Irrfan Khan). Robert traces all of these shenanigans to the recently deceased billionaire anarchist Bertrand (Ben Foster), who was plotting to release a virus that would kill off half of mankind to halt overpopulation. Is his plan still going forward? Can Robert stop it in time? The next clues are in Venice and then Istanbul.

The settings are gorgeous, and Howard knows how to use them to pack the film with old world elegance. But while David Koepp's script keeps the mayhem moving along whether or not it makes any sense, Howard directs everything at a glacial pace. So it looks like Hanks is in danger of falling asleep at any time, even in the middle of a car chase. There's also the problem that the central premise is utterly preposterous: if you're planning a terrorist attack that will kill four billion people, would you take the time to set it up as an elaborate scavenger hunt? And it doesn't help that everyone in the movie seems untrustworthy. The script sorts the good from the bad as it goes along, but it never matters.

Professor Robert Langdon wakes up in a hospital feeling terrible and suffering from serious nightmares. His dreams are lifelike and appear to predict a vicious and unprecedented attack on humanity. As the professor begins to come around, his nurse, Sienna, is on hand to treat his head injuries and inform him of his concussion and the side effects he might experience.

Before he can fully understand what brought him to Italy - Langdon's last memories were from Harvard University - a woman enters the hospital and kills the professor's doctor.  With the help of Sienna, Robert escapes and the pair retreat to Sienna's apartment. Whilst searching his pockets Langdon finds a vile with a hazardous label on it.

The vile is the start of Langdon's latest mission, he must find the source of a deadly virus that is thought to be capable of killing half the world's population. Without knowing who's on his side, it looks like Langdon is being hunted by multiple organisations all wishing to cash in on the powerful weapon.

Inferno comes as the third in the series of Ron Howard's film interpretations of Dan Brown's highly successful novels (Angels & Demons and The Da Vinci Code) and sees Tom Hanks returning to his role as Robert Langdon, a Harvard University Professor. This time Langdon is accompanied by Dr. Sienna Brooks played by Felicity Jones. The film sees its main protagonist Langdon being at the centre of a manhunt. 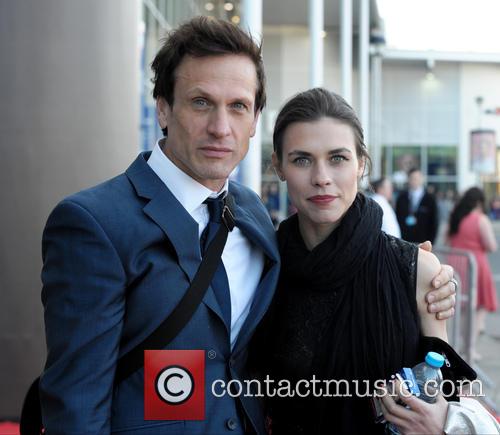 Gorgeously shot, this period drama has a terrific setting and vivid characters, but is edited together in a jarring way that distances the audience from the situations. As the story progresses, the film also shifts strangely from a riveting exploration of a power couple with a pioneering spirit to a more melodramatic thriller about corruption and murder. It's consistently engaging thanks to the power of the cast, but it should have also been darkly moving as well.

The story is set in the late 1920s, as lumber baron George (Bradley Cooper) struggles under the economic pressures of the impending Great Depression. Then he meets Serena (Jennifer Lawrence) and it's love at first sight. A feisty, outspoken woman with a background in logging, she immediately ruffles feathers in George's camp by giving out advice that's actually helpful. George's two righthand men, accountant Buchanan (David Dencik) and foreman Campbell (Sean Harris), both quietly wonder if this woman is going to mess up their all-male world of underhanded bribes and physical danger. But she develops a rapport with George's hunting tracker Galloway (Rhys Ifans). Meanwhile, the local sheriff (Toby Jones) is trying to get George's land declared protected national parkland.

Oscar-winning Danish director Susanne Bier (In a Better World) gives the film a grand scale with expansive mountain landscapes and a sweeping romantic tone. The Western-style bustle of the logging camp is lively and authentic, as is the continual threat of death or dismemberment on the job. Against this, Cooper and Lawrence have terrific chemistry both with each other and the characters around them, sharply portrayed by strong actors who know how to invest plenty of attitude into even a small role.