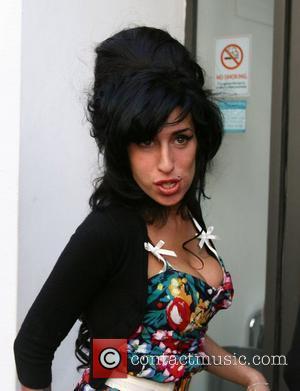 Picture: Amy Winehouse out shopping at Lipsy following her appearance in court where she pleaded not guilty to a charge of common assault. London, England -...

Amy Winehouse's representative has downplayed rumours the troubled singer is planning to adopt a tot from the Caribbean - insisting her words were taken out of context.
The Rehab singer has recently returned to the paradise isle of St. Lucia, where she has spent much of the last four months in a bid to escape her debauched London lifestyle.
And Winehouse has been inspired to help those less fortunate then herself - with reports suggesting she is putting plans in motion to become an orphan's adoptive mother.
The claims come just days after the star was snapped sobbing and clutching her chest after hearing her estranged husband Blake Fielder-Civil is allegedly set to have a child with 31-year-old former heroin addict Gilleen Morris.
A source tells the London Paper, "Amy is seriously thinking about adopting. But she is aware it's going to be incredibly difficult with her background. She has always wanted to be a mother. She loves St Lucia and would move there for good in order to adopt."
However, the star's spokesman insists Winehouse isn't thinking of adopting in the literal sense - explaining that the singer is determined to offer a helping hand to childrens' community projects in the resort.
He says, "Amy was talking about adopting in the context of looking after children on the island, perhaps through some kind of music and education-based project."