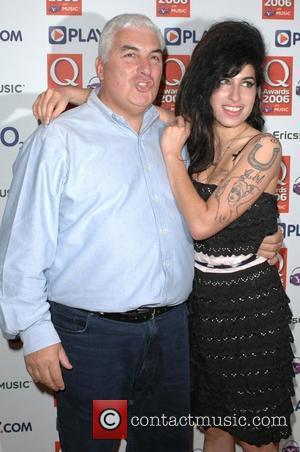 The family of late British singer Amy Winehouse have launched an American branch of the foundation set up in her name and unveiled plans for an annual awards show to honour charitable stars.
Winehouse's father, Mitch, set up the Amy Winehouse Foundation to help troubled young people following the Back To Black hitmaker's death last summer (11).
Mitch and Winehouse's mother Janis unveiled the U.S. branch of the organisation in New York on Wednesday (11Apr12), choosing to hold the launch event at Joe’s Pub in Manhattan - the venue where the singer made her American performance debut on 16 January, 2007.
The star's parents also revealed they are setting up the Amy Winehouse Inspiration Awards and Gala to reward those who have helped inspire greatness in others.
The event will be held for the first time on 10 September (12) at the Waldorf Astoria in Manhattan and will feature musical performances as well as feting honourees of the Amy Winehouse Foundation Inspiration Award.
It is hoped the event will be held annually to help raise funds and awareness for the charity.