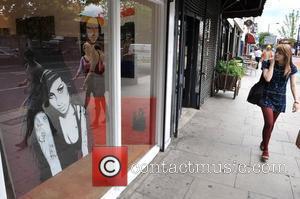 Troubled star Amy Winehouse turned to drugs following the death of her grandmother, according to reports.
The Rehab hitmaker's former manager Nick Godwyn says Winehouse was devastated after grandmother Cynthia lost her battle with breast cancer in 2006.
And Godwyn admits Cynthia was the only person who could control the 24-year-old's behaviour.
He says, "Cynthia was the one person who could make Amy behave and who she would listen to."
And Winehouse's father Mitch has backed up Godwyn's claims.
He adds, "Cynthia was more like a best friend to Amy. She kept her feet on the ground. After she went, there's nobody who she'll listen to. She certainly won't listen to me."