A host of celebrities have paid tribute to Amy Winehouse, who died earlier today (23.07.11) at the age of just 27. 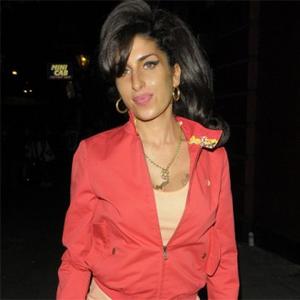 The 27-year-old British singer was found dead at her London home at around 4pm local time and Kelly - who enjoyed a close Friendship with Amy - is struggling to come to terms with the news.

She tweeted: "I can't even breathe right my now I'm crying so hard i just lost 1 of my best friends. I love you forever Amy & will never forget the real you.

"i miss my friend! im going to be off twitter for a while thank you for all your support! #Pray4Amy (sic)!

Rihanna said she was "heartbroken" by Amy's death but hopes her music legacy will live on.

She tweeted: "I am genuinely heartbroken about this #DearAmy.

"#DearAmy U made a MAJAH impression on this industry and throughout the world, in such a short space of time...Too Short! #ICONSneverDIE (sic)"

Amy's spokesman Chris Goodman released a statement, saying: "Everyone who is involved with Amy is shocked and devastated. Our thoughts are with her family and friends. The family will issue a statement when ready."

The 'Rehab' hitmaker - who had a history of drug addiction and heavy drinking - was discovered at her north London home by emergency services, and her death is currently being treated as "unexplained".

"On arrival officers found the body of a 27-year-old female who was pronounced dead at the scene.

"Enquiries continue into the circumstances of the death. At this early stage it is being treated as unexplained."

A section of the road where Amy lived was cordoned off as journalists, local residents and fans gathered at the police tapes.

Amy won widespread acclaim with her 2003 debut album, 'Frank', but it was 2006's 'Back to Black' which brought her worldwide stardom, winning five Grammy Awards.

However, she had a high-profile battle with drink and drugs and had several stints in rehab, including one last month.

She also had a troubled marriage to Blake Fielder-Civil, who she divorced in summer 2009 after two years.