Amy Winehouse's dad Mitch warned her ex-husband Blake Fielder Civil he was ''killing'' her with drugs. 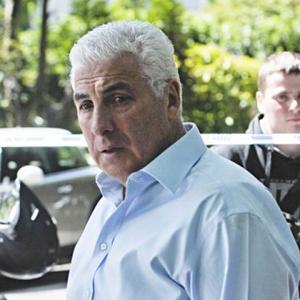 Amy Winehouse's dad warned Blake Fielder Civil he was "killing" her with drugs.

Mitch blames Blake - who married Amy in 2007 and divorced her in 2009 - for introducing her to hard drugs, and admits he did "everything in his power" to stop their relationship.

In an interview on CNN show 'Piers Morgan Tonight' he said: "I was sickened and I did everything in my power to stop the relationship. But she loved Blake."

After finding out about the couple's drug habits he describes how he told Blake: "Leave my daughter alone, you're killing my daughter."

However, Mitch - who says he can't listen to Amy's biggest album, 'Back to Black', because it's all about Blake - doesn't blame him for her unexpected death at her London home in July, as he believes she died from a seizure after giving up binge drinking and there were no drugs found in her body at the time of her death.

He told The Sun newspaper: "I blame him for a lot of things. He started her on the road to hard drugs.

"But her death was a horrible accident. It was her responsibility. She was told that if she detoxed without medical intervention, this whole thing could happen. He started her off on the road to drugs. But I don't blame him for her death."

Mitch further claimed Blake liked being a drug addict, and even smuggled narcotics into rehab when they were there together.

He added: "They went to Osea Island in Essex, by helicopter. The only way you can get on the island is when the tide is out.

"I thought, 'There is no way they can get drugs on there'. But Blake got a fisherman to bring them in for them.

"When he came off the island, Blake said, 'I like being a drug addict. I like being on drugs. I have no intention of coming off drugs'. At that point I thought, 'We're in trouble here'. Amy was saying she couldn't be doing it any more - but her husband actually wanted to continue."