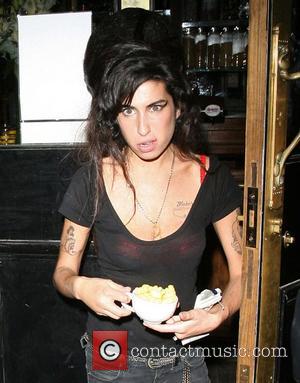 Picture: Amy Winehouse at the Hawley Arms after her ITunes gig at the ICA. Amy was feeling sorry for the cold paparazzi photographers waiting outside, so...

The British director Asif Kapadia is due to release a documentary film about the late singer Amy Winehouse, BBC News have reported. Using unseen footage of the singer, the movie is expected to be ‘similar’ to Kapadia’s documentary about Ayrton Senna, which earned him a Bafta in 2010.

“Amy was a once-in-a-generation talent," said Asif Kapadia in a joint statement with the film’s producer James Gay-Rees. "She wrote and sung from the heart." They continued: “everyone fell under her spell, But tragically, Amy seemed to fall apart under the relentless media attention, her troubled relationships, her global success and precarious lifestyle.” Amy Winehouse died in 2011 from alcohol poisoning, at the age of 27. She had long battled with substance abuse issues and personal issues that had begun to have a negative effect on her career before she passed away. Despite this, she remains an inspiration to many and a statue of Amy Winehouse has been commissioned, to be placed in legendary Camden music venue The Roundhouse.

Kapadia’s movie about Ayrton Senna detailed the life and death of the Forumla 1 racing driver, who dies at the age of 34. He was killed in a crash whilst leading the San Marino Grand Prix in 1994. His death, to this day, is the last fatality in Formula 1 motor racing. The Amy Winehouse documuentary has not yet been named.

Amy Winehouse: late singer will feature in a documentary