Amy Winehouse's Jailed Ex-husband Did Not Ask To Attend Funeral 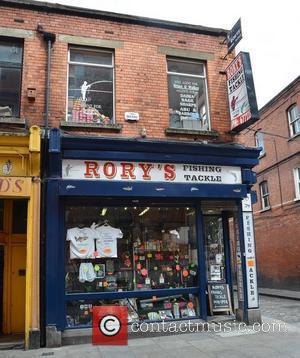 Picture: Amy Winehouse tribute in the window of Rory's Fishing Tackle famous shop in Temple Bar. On visits to Dublin Amy liked to stop by the...

Amy Winehouse's incarcerated ex-husband Blake Fielder-Civil decided against asking prison bosses for compassionate leave to attend the singer's funeral out of respect for her distraught family.
The Rehab star's memorial was held in north London on Tuesday (26Jul11), where her devastated father read a moving eulogy to his tragic offspring.
Fielder-Civil, who is serving a 32-month jail sentence for burglary and possession of a firearm, was said to be "inconsolable" when he heard the news of his ex's passing, but did not ask for special permission from prison chiefs in Leeds, England.
His girlfriend Sarah Aspin tells Britain's The Sun, "He did not ask to be at Amy's funeral. There is no way he would want to be there in handcuffs. He has too much respect for Amy and her family to do that."
The pair divorced in 2009 after a tumultuous two-year marriage.