A friend of Amy Winehouse claims he helped the singer buy drugs the night before she died. 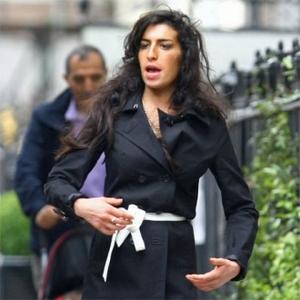 A friend of Amy Winehouse claims he helped her buy £1,200 worth of drugs the night before she died.

Tony Azzopardi is due to be re-interviewed by police today (01.08.11) after claiming to have met the 'Back to Black' star - who was found dead at home on July 23 - outside The Eagle bar, close to her home in Camden, North London, at around 11.30pm on Friday July 22, where she asked him to help her obtain some narcotics.

According to 56-year-old Tony - who has a history of drink and drug problems - they took a taxi to nearby West Hampstead where he made a call, and shortly afterward an associate the pair both knew arrived and sold the singer half an ounce each of crack cocaine and heroin.

Later she dropped him off at home, and Tony - who met the late star through her ex-husband Blake Fielder-Civil - added: "She gave me a kiss on The Cheek and that was it - the last time I saw her. She looked good, you know, fit - like she'd been clean for a while and filled out a bit. I couldn't believe it when I found out she was gone."

Tony's claims contradict those made by Amy's father Mitch last week, who said she had been free of drugs for three years and had recently decided to quit alcohol.

Despite Amy's family insisting she was at home the night before she died playing drums, and no drugs or drug paraphernalia being found at her house, Tony insists he is telling the truth.

He told the Daily Mirror newspaper: "I want Amy's family to know the truth about what happened. I want to help them out - but I'm worried about my safety."

Meanwhile, stylist Alex Foden, who created Amy's trademark Beehive hairdo, said he was worried she would die a few weeks before he passing, after she made a shambolic comeback performance in Serbia which led to the cancellation of a planned European tour.

He told BBC Radio 5 Live: "The two weeks leading up to it [her death], I was talking about it a lot. Just because of the Belgrade gig, it was just so obvious.

"I'd never seen Amy on that level, I burst out crying because I know how hard it is."