Amy Winehouse's ex-husband Blake Fielder-Civil is said to be on a life support machine after a suspected drink and DRUGS binge. 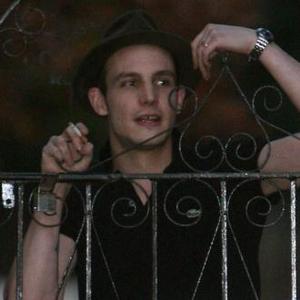 Amy Winehouse's ex-husband Blake Fielder-Civil is said to be on a life support machine after a suspected drink and DRUGS binge.

Sarah Aspin, the mother of his 15-month-old son, has been at his bedside since his collapse.

Blake, 30, was found by Sarah choking in bed and was taken to hospital in Dewsbury, West Yorkshire, with multiple organ failure.

Sarah, 34, told The Sun newspaper: ''The doctors don't know the prognosis and put him in a coma to help him. I'm praying he'll survive but I'm having to prepare myself that he may never wake up.

''They let me in to hold his hand after 45 minutes. I found out later that they did that because they thought he was going to die.''

She said he had come home with a friend staggering and slurring his words, and she found him choking on his vomit at 6am the following morning.

Medical experts reportedly warned that they could not rule out permanent brain damage after he had swallowed his tongue and his left lung was not working.

Blake and Amy, who died in July last year, were divorced in 2009.

Amy, who also struggled with addiction, was found dead in July 2011 at her home in Camden, north London, at the age of just 27.

Blake has been blamed by fans and loved ones for her demise although the singer's death was the result of drinking too much alcohol. A coroner said she was more than five times the drink-drive limit.