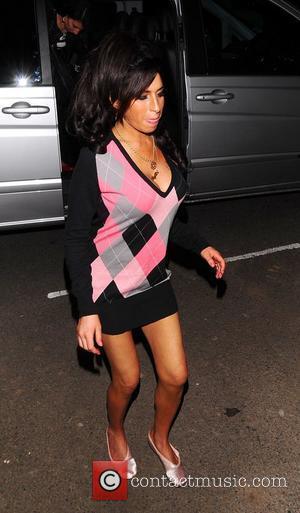 Amy Winehouse's ex-husband Blake Fielder-Civil faces a "substantial" prison sentence after pleading guilty to burglary and gun possession charges.
The 32 year old was arrested in February (11) and charged with burglary of a dwelling and possessing a firearm.
After a hearing in March (11), he remained in custody, and he appeared in court again on Wednesday (01Jun11). Fielder-Civil and a co-accused, Christopher Sylvester, pleaded guilty to the charges at Leeds Crown Court in northern England.
Winehouse's ex-partner was remanded in custody by Judge Kerry MACgill, who denied bail over fears Fielder-Civil may commit further offences.
The judge said, "It seems to me that a custodial sentence is absolutely necessary. I see no reason why he shouldn't start it today. You both pleaded guilty. People who go out and commit burglary in a vehicle with a firearm face a substantial custodial sentence.
"Mr Fielder-Civil, as far as I can see, it is entirely inevitable that you will serve a substantial custodial sentence. The risk of you committing further offences is too great to allow you bail."
Fielder-Civil is due to be sentenced on 22 June (11).
Winehouse wed Fielder-Civil in 2007, but they divorced in 2009 on the grounds of her infidelity.