Mitch Winehouse has revealed his charitable daughter Amy once invited a homeless woman to stay with her for six months. 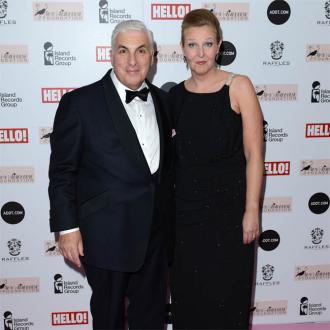 Amy Winehouse invited a homeless girl to live with her for six months.

The 'Rehab' singer was so passionate about helping young people she once took a stranger who was sleeping rough on the streets into her home, much to the surprise of her father Mitch Winehouse.

Speaking at The Amy Winehouse Foundation Ball at London's Dorchester Hotel last night (20.11.12), Mitch told BANG Showbiz: ''She would have liked all the support because a part of what we do is help homeless charities and young people and of course she had someone who was homeless living with her for over six months - which was a bit strange!

''It started off when she was in the flat in the West End (of London) and Amy was asleep upstairs and this girl was walking around and I thought, 'Hi how are you?' I didn't want to say, 'What are you doing here, who are you?' You know - it's rude. So when [Amy] finally decided to wake up I said, 'Who's that young lady that's walking around?' and she said, 'She was homeless dad and I'm looking after her.' ''

The foundation - set up in memory of the late singer after her untimely death in July 2011 at the age of just 27 - provides support and advice to homeless people as well as a bed throughout the winter.

Some of Amy's closest friends including 'The Voice' finalist Tyler James and music producer Mark Ronson - who worked with her on her acclaimed album 'Back to Black' - attended the fund-raising gala to support the cause, while Jamie Cullum and Matt Goss performed.

Mitch believes Amy would have been embarrassed by the fuss around her since the selfless musician was more concerned with helping others.

Mitch - who attended the event with his wife Jane - explained: ''To be honest with you she wasn't a big fan of this sort of thing, because she'd just say, 'Get on with it dad, stop talking and get on with it.' The inspiration [behind the gala] is Amy, because she was such a charitable young lady and a wonderful girl, and we're just merely carrying on the work she was already doing.''