Amy Winehouse to get hologram treatment?

Amy Winehouse could be resurrected as a hologram for a world tour. Billionaire Alki David hopes to use the same advanced technology used to create a hologram of Tupac Shakur two years ago. 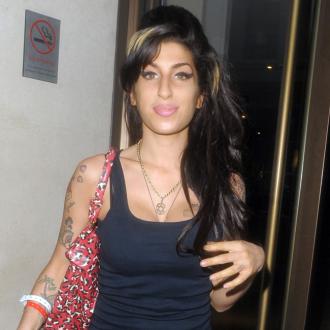 Amy Winehouse could perform a posthumous tour - as a hologram.

Billionaire Alki David is plotting a world tour for the tragic 'Back to Black' singer using 3D computer technology and a backing orchestra.

The entrepreneur will utilise the same advanced technology used to resurrect late rapper Tupac Shakur - who was gunned down in a drive-by shooting in 1996 - for Coachella festival two years ago.

A source told The Sun newspaper: ''The plan is that Amy will finally tour the world after failing to do so when she was alive.

''With an orchestra and her hologram, she can take to the stage and fans can see her perform her legendary hits. The idea is in its early stages but it's hoped that Amy's dad Mitch will maybe join her and do the introductions.''

Thankfully for Alki, Mitch has previously endorsed such an effort to keep his daughter's ''memory alive'' and is open to a hologram of Amy, who was 27 at the time of her tragic death in 2011, performing her big hits.

He previously said: ''The most important thing to Amy was the music and I'm sure a lot of people would like to hear her sing again.

''It depends on what Amy's fans want as a way to keep her memory alive. If it's a book, an album or a hologram, then so be it.''