Amy Winehouse's life looks set to be made into a film based on celebrity journalist Daphne Barak's book 'Saving Amy'. 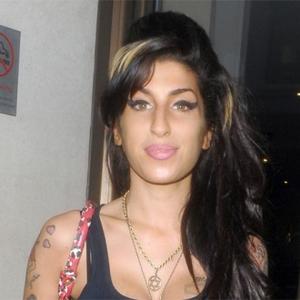 Amy Winehouse's life looks set to be made into a film.

A number of Hollywood producers are thinking about buying the screen rights to the book 'Saving Amy' about the late 'Rehab' hitmaker - who was found dead in her north London home in July aged 27 - after it was made into a Channel 4 documentary.

The tome - which was written by celebrity journalist Daphne Barak - explains how the reporter, who become good friends with the singer, her ex-husband Blake Fielder-Civil and her dad Mitch Winehouse, accompanied Amy to Caribbean island St Lucia and kept an eye on her while she was "resting" at hospitals in England.

Tessa Ross, one of the executive producers of Margaret Thatcher film 'The Iron Lady', has been linked to a possible movie about the 'Back to Black' hitmaker and she is thought to be in discussions with International Creative Management's Jeff Berg about how to develop the film, but there is no screenplay or director currently in place.

Amy is not the only late singer whose life is set to be turned into a motion picture.

It was revealed earlier this week that Michael Jackson's estate executor John Branca has had discussions with 'Ghostbusters' direction Ivan Reitman and 'Up in the Air' producer Tom Pollock about the possibility of creating a movie about the 'Beat It' hitmaker's life.