A bronze statue of the late singer now stands in Camden, north London.

Amy Winehouse is still being honoured three years after her tragic death, a bronze statue of the British singer was unveiled in the London neighbourhood of Camden on Sunday (Sept 14th), which would have been her 31st birthday. 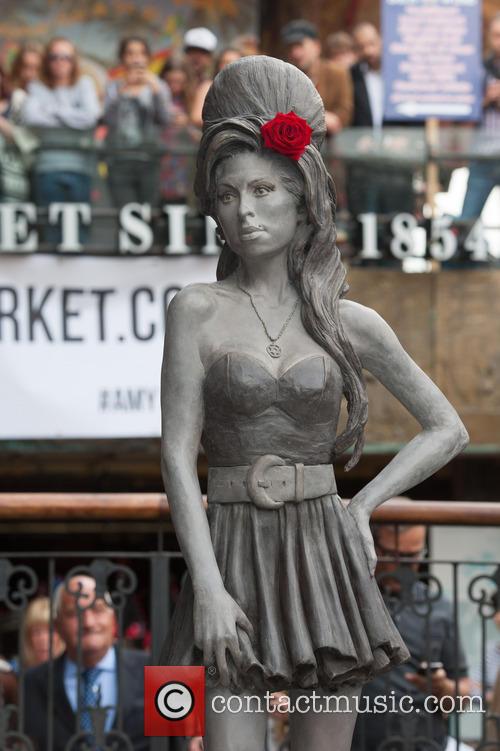 The public unveiling, which took place where the late singer lived prior to her death, was attended by Amy's father Mitch Winehouse, who was accompanied by his wife and her mother Janis Winehouse. In front of the gathered crowd, Mitch lovingly hugged and kissed the statue.

"It's a day of incredibly mixed emotions, ladies and gentlemen," Mitch told reporters, according to the U.K. newspaper The Telegraph. "They don't put statues up to people that are with us anymore, so it kind reinforces the fact that physically, she's gone. But spiritually, she'll never leave us."

The statue, which featured Amy's signature beehive hairstyle, one hand on her hip, a retro style dress and a Star of David necklace, was sculptured by the London-based Scott Eaton, he also said that it had to capture her "attitude and strength, but also give subtle hints of insecurity."

"The hand on the hip, the turn of the head, the grabbing of the skirt, the turned in foot - these are all small elements that contribute to the personality of the piece," he added.

Amy, who had battled with alcohol and drug issues throughout her career, died at her home in July 2011 at the age of 27. The cause of death was ruled as an accidental alcohol poisoning.