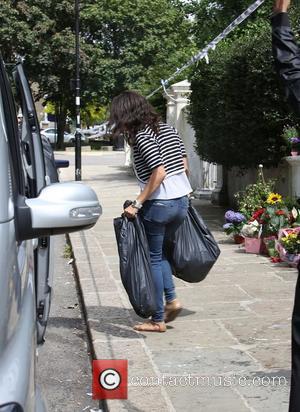 Amy Winehouse's forthcoming album was to be about her tumultuous drug-addled relationship and divorce with Blake Fielder-Civil, and it is to get a posthumous release, the Daily Mail has reported. Fielder-Civil, 33, was imprisoned for 7 months following an attack on a pub landlord, and his marriage to Amy Winehouse ended after just 2 years in 2009. A spokesperson for Winehouse's family said: "Amy always had a notebook on her and would write down lyrics and ideas,' he said. 'People who have heard the new songs say that they are very, very good and that they are as autobiographical as ever.The period after 2006 was when Amy went through the most emotional upheaval, with Blake going to prison and then their divorce."

A source told the Daily Mail that most of the tracks were just demos, where Amy had laid down a backing track and had written some lyrics, and the songs would be completed using Amy's vocals or contributions from friends. It is slated for release next year, with all proceeds going to a charity set up by Amy's father Mitch to help people struggling with addiction. Since her death last week, the album Back to Black has topped the iTunes charts in 17 different countries.