Blake Fielder-Civil has claimed that Amy Winehouse's dad Mitch Winehouse forged the late singer's signature on the divorce papers, and said there was ''manic insistence'' from her family to sign the papers. 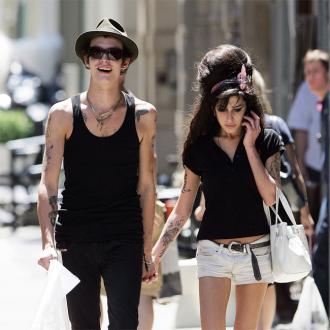 The 32-year-old former junkie has insisted that the late singer's dad Mitch Winehouse forged Amy's signature on the divorce papers, and said there was ''manic insistence'' from her family to sign the papers.

Blake said: ''There was a manic insistence from her family and friends to sign the divorce papers. We spoke on the phone and she didn't want the divorce. A week later the papers were there in front of me and it was clear it wasn't her signature.

''But I was so eager to get it over with and prove I wasn't after her money, as her family kept saying, so I signed it.''

Blake was married to the tragic star at the height of her fame, but Amy stayed in touch with him until as recently as a week before her death in 2011, and even wrote a song about him not asking for any money in the divorce settlement.

Speaking to The Sun newspaper, Blake said: ''I don't think Amy realised we were divorced for months, which is another clue.

''The first time we spoke about it was when she wrote a song called Not a Penny, about when she was speaking to Mitch after the divorce and she asked how much I had got and he told her, 'Not a penny'.

''She was thrilled because it proved to her that I wasn't after her cash.''