Amy Winehouse will feature in a new documentary from award winning filmmaker Kapadia. 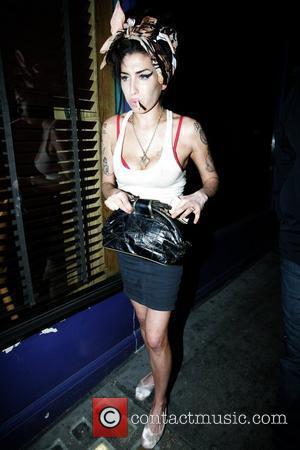 Picture: Amy Winehouse has an evening meal dining at Caribbean restaurant Mr Jerk arriving smoking a cigarette and with fresh scratches on her arms London, England...

Asif Kapadia, the British director who won a Bafta for his 2010 documentary film about Ayrton Senna, is helming a new movie about the late singer Amy Winehouse. The multi-million selling Londoner died in 2011 at the age of 27 from alcohol poisoning. "Amy was a once-in-a-generation talent," said Asif Kapadia in a joint statement with film producer James Gay-Rees. "She wrote and sung from the heart."

The documentary about Winehouse is thought to be similar to Senna, about the Brazilian Formula 1 racing driver who died at the age of 34. He was killed in a crash while leading the 1994 San Marino Grand Prix. Kapadia and Gay-Reese noted the similarities, in that both stars were still at the top of their games at the time of their deaths. "Everyone fell under her spell," the pair said of Winehouse, "But tragically, Amy seemed to fall apart under the relentless media attention, her troubled relationships, her global success and precarious lifestyle."

The new Amy Winehouse film has yet to be given a title - we're guessing Winehouse - but it is likely to be shown at the Cannes Film Festival in May. The movie should be relatively quick to make, given it will mainly include archived footage and interviews with family, friends and industry professionals.

Kapadia's previous movies include the dramatic features Far North and the Bafta-winning 2001 drama The Warrior.

Watch the Senna trailer below!