Amy Winehouse’s former husband Blake Fielder-Civil has appeared on the daytime TV show hosted by Jeremy Kyle and confessed that he was the person to introduce Amy to heroin, The Sun reports. “I'd taken it about three or four times, we were in a hotel in East London and I think I had about £10 of heroin with me, which is something I used to do after a club,” Blake explained. “I was smoking it on foil and she said, 'Can I try some?' I think I might have put up a weak resistance, the fact is whatever I said she did end up having some.”

Fielder-Civil was in jail when he discovered that Amy had passed away and told Kyle that he and Amy had discussed reuniting, despite the fact that he now had a new girlfriend and a son. “When I got discharged there was text messages on my phone from Amy. I don't know when they were from but there was one talking about being a godmother to Jack, we'd spoken about her visiting me and had an emotional phone call about how we were thinking about maybe getting together.”

In an interview reminiscent of Oprah Winfrey’s recent chat with Whitney Houston’s brother Michael, who admitted that he had been responsible for introducing Whitney to cocaine, Blake admitted that he felt responsible for Amy’s drug use. “I have to be really conscious about what I say because I don't want it to seem that I'm shirking responsibility… of course I regret it… It was the worst part of my life being with somebody that I love, having the opportunity of total happiness but being in complete misery." 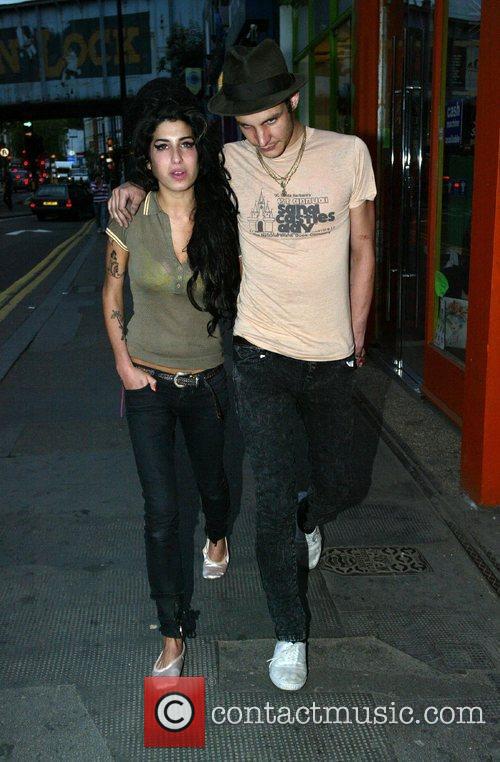 Blake and Amy together, in happier times together