Amy Winehouse always believed she would ''die young'' and join the '27 Club' of music stars to pass away at that age, which includes Jimi Hendrix, Janis Joplin and Nirvana frontman Kurt Cobain. 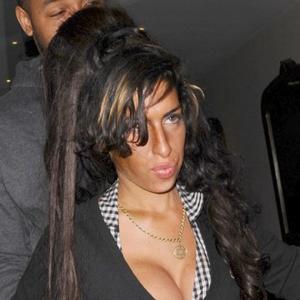 Amy Winehouse predicted she would die at the age of 27.

The 'Rehab' singer - who passed away at her home in Camden, north London, on Saturday (23.07.11) - believed she would become one of a number of music stars in the '27 Club', which includes Jimi Hendrix, Doors singer Jim Morrison, Nirvana frontman Kurt Cobain and Janis Joplin, and pass away at that young age.

She also had an "obsessive" personality when it came to drugs, alcohol and food.

Her friend Alex Foden, who once lived with the musician, said: "Unfortunately, Amy had a very obsessive personality. She did everything to extremes, especially when it came to food and drugs. She loved food.

"But she'd either have binges - eating loads before running up to the toilet and getting rid of it all again - or she'd go up to four or five days without eating, surviving on alcohol, drugs and sweets.

"Amy always told me she thought she would die young and that she knew she'd become part of the '27 Club'."

Alex claims her problem with drugs became so prevalent she would sometimes get through Â£1,000 worth of cocaine in one night, because she would be paying for all her friends to get high as well.

In an interview with the Daily Mirror newspaper, Alex explained: "Amy was very generous so she'd pay for all the drugs - mainly coke, heroin and cannabis. At her worst she could get through about Â£1,000 worth of gear in 24 hours. Her limits were incredible, but she usually knew how much she could take.

"Because heroin depletes the sugar levels in your blood, she used to mainly survive off sweets."

However, the five-time Grammy winner still had plenty of time for those around her, often cooking up huge feasts for her pals.

He said: "She was incredibly clean and tidy at home, and could be a real matriarch, looking after everyone and cooking for all her friends and family.

"At the heart of it, Amy was simply a lovely, bubbly Jewish girl who wanted to be loved."

Meanwhile, a memorial concert is being planned for Amy, with her father Mitch planning to get together a huge line-up of music stars.

A source said: "There will be no shortage of people wanting to sing. She struck a chord with so many. It's an idea at the moment but hopefully the balls can be set in motion over the next few months when it isn't so raw."