His interpretations of Amy's life and music are very different from her father's.

Filmmaker Asif Kapadia took three years to make Amy, his documentary about Amy Winehouse, which is compiled from some 100 interviews and a staggering range of archival footage. As he did in his award-winning 2010 Formula One doc Senna, Kapadia prefers to the story tell itself rather than force a narrative. "I had no idea what this film was," he says. "I had no thesis, I had no plan. I know what the beginning and the middle and the end is, but if it changes I'm going to go with it." 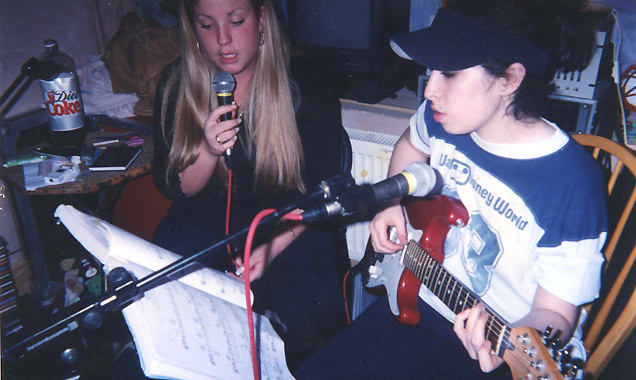 The documentary sees Amy Winehouse at her most vulnerable

That beginning, middle and end are well-known: North Londoner Amy Winehouse was natural jazz musician who became a global superstar by age 22. But she struggled with fame, and in 2011 she died at 27 after years of addiction and bulimia.

"She was funny and talented, and what happens later on is because of something earlier in her life," Kapadia says. "The art came out of that, but so did the darkness and the loneliness. I think it is a film about a person who wants to be loved and doesn't always get it. For me, Amy is a very dark film about love."

Watch the trailer for 'Amy' here:

The film has sparked controversy, most notably as Amy's father Mitch claims his comments were edited out of context, that he only thought Amy didn't need rehab at that particular time. But Kapadia thinks Amy's lyrics for Rehab tell the true story. "When Amy writes something down it's based on a real experience," Kapadia says. "She didn't sing, 'Daddy thinks I'm fine, at the time.' That whole incident happened exactly the way she wrote it. Everyone involved admits that's exactly how it happened."

More: Read our review of 'Amy'

Kapadia goes on to say, "If one looks carefully, there are lots of people who make lots of decisions or who were aware of one thing, whether it was the drinking, the bulimia or the drugs, and nobody stopped it. That's what the film is really about. It's pretty heavy."

In the film's second half, Kapadia shifts the focus to the people around Amy. "It's about us," he says. "It's about the city, it's about the media, it's about people who have taken this in, enjoying, laughing at her. There's a line I get a lot now when a certain person keeps saying stuff about me: 'It's all right, isn't it? All publicity is good publicity.' Well, I'm not sure it is."