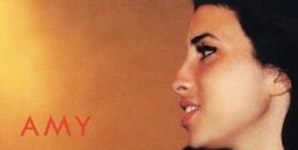 With her debut album "Frank" going platinum and being nominated for the Mercury Music Prize, anticipation is high for Amy Winehouse's follow up, "Back To Black". Scheduled for release on October 30, six dates in support of the record have already been announced and will take place in mid-November.

With her husky tones opening up the track, it is clear to hear that Winehouse is in good voice on her comeback single. While Christina Aguilera has recently taken a modern approach to the early sounds of jazz and soul, Winehouse has an approach that feels organic, providing a warm companion to her singing. The serious nature of the track gets lost under the hypnotic hook and while the track won't be to everyone's liking, it is certainly a decent song.