Sometimes, just sometimes, a genuine star comes along who actually justifies the hype and attention surrounding them. Amy Winehouse is one of these people. An incredible voice and talent is tempered by her inner-city attitude, Oh, that and she's easy to get on with. 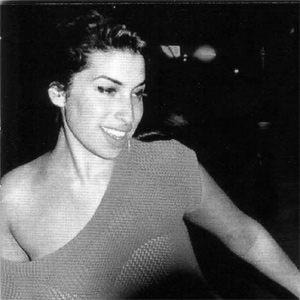 So, where do I begin? Amy grew up in North London amongst her dad's jazz records and early hip hop. Just mention old jazz vinyl and her eyes light up immediately with the enthusiasm of a child opening birthday presents. So, from an early age, jazz greats like Ella Fitzgerald and Billie Holliday burned themselves into Amy's consciousness. She says it was 'the creativity and energy' of jazz that really meant something to her and inspired her to write, along with other notable singers like Dinah Washington and Sarah Vaughn. According to her, 'Jazz spoke to me. There is nothing else for me, there is no other music that has everything jazz [has]'.

It's no surprise then that Amy's process of writing is natural rather than forced. Making her sit down and write a song would make her 'hate myself' and 'when you put expectations on yourself to write something out of nowhere with expectation brings disappointment'; music is definitely a creative process for her and life experiences shape most of her songs, although she 'usually [has] a riff before I have lyrics'. However, with Amy, 'working more and living less' subject matter is harder to come by and writing about the industry isn't an option. Concerning 'Frank' (her debut album) she makes no bones about the fact that the album is mainly about one guy, her ex.

It's clear that she loves what she does. Success isn't about money or fame; it's about the pleasure of writing the songs, of creating something special. 'I think I'm successful when I write a song, it's like the best thing in the world for me', and she means it, which is so refreshing. I can't even begin to think who else in the spotlight has that attitude. What caught my attention, though, was the ease with which she sang and played guitar - she's so good but doesn't let it go to her head.

In fact, she remains firmly in awe of her jazz predecessors and tells us a story of how she almost met Tony Bennett through her producer. He just casually mentions that he happened to know Bennett's song and 'my eyes literally filled up' at the chance of meeting a hero of hers. Amy's sense of fun comes through when she mentions Wayne Newton. She describes him as having a whole 'kitsch cult thing' going on as well as being the 'king of Vegas cheese' and that she 'would love to work with him'. But, at the same time, she acknowledges more recent artists and producers such as Hi Tech and Matrix, not to mention a long-standing love of Michael Jackson.

Amy is very adamant that the inclusion of hip hop beats and styles 'was all me' and, for once, it's believable. The album may be jazz but it's not stuck in the past and it has its own identity rather than being a homage to past greats. And, when you think about it, Amy is a rare example of an artist who's been played on both 1 Extra (BBC Urban radio station) and Jeremy Vine's debate show on Radio 2. The Brit Award judges definitely think she fits the Urban bill too having nominated her for best British Urban Act as well as best British Female Solo Act. With her career having taken off, Amy feels she's living in a dream at times; particularly when the industry doesn't seem to be 'part of the real world' and when she gets nominated for awards 'so soon' in her career.

For the time being, however, her star still shines bright and I hope it stays that way for a while.