Since the #MeToo Movement has come about, plenty of ignorant people have been coming out of the woodwork. Apparently, some men are now scared to approach women for fear of retribution, but Amy Schumer isn't taking that as an excuse. She shuts that argument down with ease in a recent social media post.

There are some men in the world who have so little to say to women that they're worried they're going to accidentally sexually harass them if they are left alone with them. Now that it's obvious women will no longer stand for that kind of behaviour, they're claiming not to know how else to interact with them.

Amy Schumer has laid it out perfectly what men should do if they don't know how to act around women, and here's a hint: it doesn't involve making like of sexual assault.

'Any dude saying, 'I'm scared to be in a room with a woman now' or 'Is it OK to say hello? I don't know the new rules' STOP!' The comedienne said on Twitter. 'What you are doing is belittling victims who have been wronged. They say 1 in 6 women in our country are sexually assaulted. That's based on who reports it. It's been proven to be closer to 1 in 3. Your sisters/daughters.'

'Stop making fun of the terror and indignity most of us have faced in our lives', she continued. 'If you're concerned about the new rules, just ask and don't make it a joke. Because that's harmful and we don't want to hear that kind of joke right now.'

Essentially, if you can't talk to a woman without touching her, propositioning her, commenting on her appearance or staring intently at her body, you shouldn't be around women at all.

Weirdly, Amy actually got some criticism from women for saying 'we don't want to hear that kind of joke right now'. Critics are saying they don't want to hear jokes 'ever', but the 'I Feel Pretty' star stands by what she said. There's a time and a place for sexist jokes - can we at least wait until women no longer have to look over their shoulder before making wisecracks?

'There are different moments in culture where we, the public, aren't in the mood for certain jokes', she said on Instagram. 'People have become more aware of how little equality there is for women, people of color and other otherized people and because of that lack of power, targets for sexual assault. We don't want to hear racist jokes right now either.' 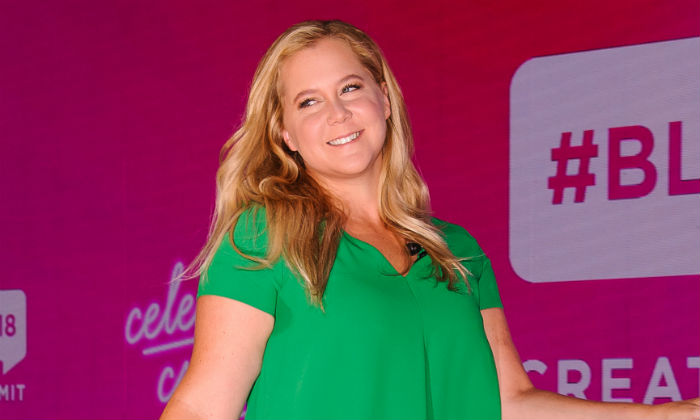